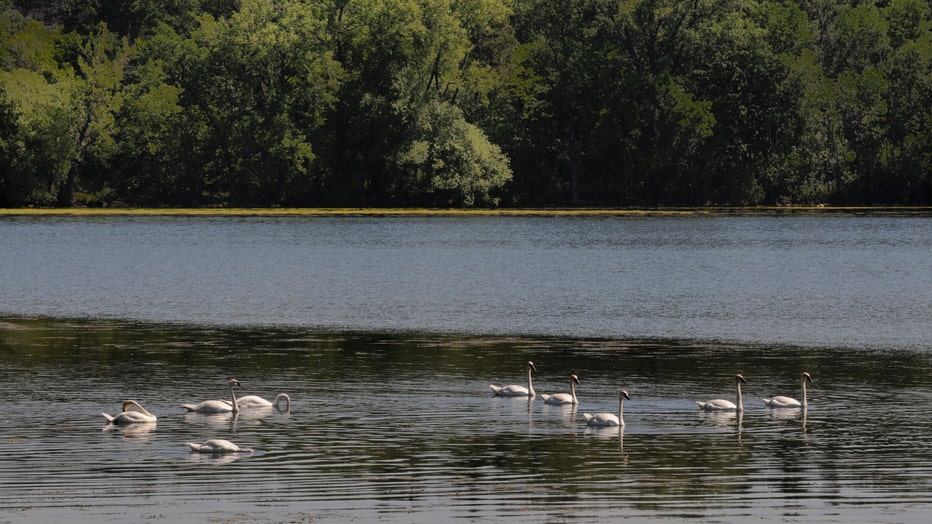 The birds, which are a threatened species in Michigan and illegal to hunt, had multiple gunshot wounds and appear to have been shot a week ago while trying to land on a pond at the park, officials with the Michigan Department of Natural Resources said Friday.

Their carcasses were found discarded in tall brush at the park in New Haven, the Detroit Free Press reported.

Trumpeter swans are North America’s largest native waterfowl, weighing more than 25 pounds (11.3 kilograms) with a wingspan that stretches to 6 feet (1.8 meters), according to the Cornell University ornithology lab.

The birds have long, curvy necks, snowy-white plumage and need about 100 yards (91 meters) to make their lumbering takeoffs.

Anyone with tips or information about who may have shot the two birds is asked to call or text the DNR’s poaching hotline at 800-292-7800. Tipsters may remain anonymous and could qualify for a cash reward.