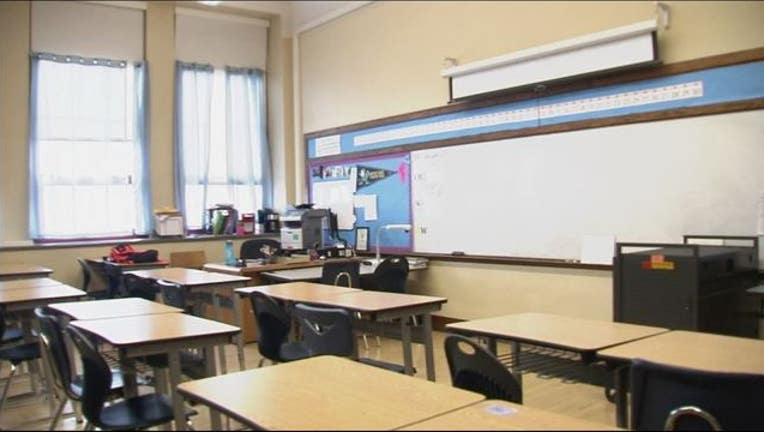 LANSING, Mich. (AP) - Michigan's state superintendent is dropping a plan to give a letter grade to every public school and, barring legislative action, instead will issue a report card showing indicators such as each school's proficiency on the state exam, The Associated Press has learned.

Superintendent Brian Whiston had intended to develop the A-F grading system as part of an effort to make Michigan, which has lost ground nationally, a top-10 state for education. But the concept, while supported by some Republicans in the GOP-led Legislature, is controversial and has been questioned by many in the education community.

Two officials who were briefed by Whiston - State Board of Education member Tom McMillin and Michigan Association of School Administrators Executive Director Chris Wigent - told the AP that the state Department of Education's default accountability plan will be a "dashboard" format with no grades. Michigan's draft plan to comply with the new federal Every Student Succeeds Act, which was released for public comment on Feb. 14, had proposed A-F grades.

A Whiston spokesman declined to comment but said he most likely will talk about the issue at the next state board meeting on Tuesday.

Michigan currently publishes a top-to-bottom percentile ranking for each school and issues a color-coded scorecard that shows how its students fared on the state assessment, the graduation rate and other factors. Critics have said the system is confusing while letter grades, which have been implemented in roughly 15 states, are instinctively easier to understand.

But McMillin, a Republican who joined the board in January, said "more damage than good" would come from an A-F system. He said it would force schools to continue focusing less on music, art and other classes that foster creativity.

"You just intensify the pressure to only focus on certain elements in education and you push away many of the things that are going to be most important in the future," he said. "A to F just increases the high-stakes nature of the one exam, and it's more teaching to the test."

McMillin on Tuesday will ask the board to formally oppose letter grades for schools.

Wigent spoke with Whiston last week and then, with his blessing, emailed dozens of local superintendents and others to outline Whiston's new thinking. He will present three options to the board, lawmakers and in the ESSA plan. One would give each school an overall grade and grades in various categories; another would issue grades in the categories only; and the third would publish a dashboard-style scorecard on every school.

The dashboard system will be the default unless the Legislature votes to switch to letter grades. A Republican unsuccessfully pushed such a bill during the 2013-14 session.

"I think he listened to the field," Wigent said Monday. "I think he took a step back and looked at other options that might be as, if not more, effective and wanted to come up with a plan that was embraced by those out in the field as well."

The news was welcomed by advocates who lobbied against the A-F proposal.

"We are pleased the State Board of Education and state superintendent have listened to the advice of front-line education leaders by rejecting the failed concept of giving letter grades to schools," said Mark Burton, executive director of the Tri-County Alliance for Public Education, which represents school districts in Oakland, Macomb and Wayne counties.

School-choice advocates who want letter grades criticized the reversal, saying Michigan will lack a meaningful accountability system that has helped raise student achievement in other states.

"Schools deserve to have a clear, fair and easily understood set of standards," said Dan Quisenberry, president of the Michigan Association of Public School Academies, which represents charter schools. "We grade students; why not schools? This is an awful decision, and we urge the state to reconsider."

In a January letter, the Michigan Realtors association urged Whiston to look beyond a letter grading system.

"Schools are a main driving factor in the purchase of a home, particularly for young first-time homebuyers. Our association is very concerned that an overly simplified, single-score, grading system would have a negative impact on property values," wrote Brad Ward, vice president of public policy and legal affairs.

He said homebuyers already know which schools are at the high and low ends of the spectrum, and he warned against pushing more people into "A'' schools and districts while devaluing communities with "B'' or "C'' schools.