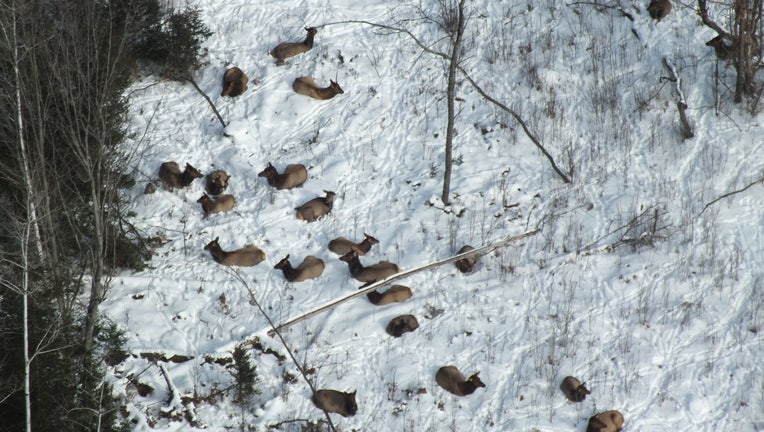 (FOX 2) - Michigan's elk population have grown an estimated 5% in the past three years, a new aerial survey shows.

A total of 793 elk in 92 different groups were spotted during an eight-day survey in January, the Michigan Department of Natural Resources said.

Based on models, the DNR estimates between 870 and 1,684 elk now live in Michigan - signs of a healthy population.

"The latest estimates suggest that the elk herd remains healthy," said Chad Stewart, DNR deer, elk and moose management specialist. "We will continue to sustainably manage the herd and habitat across the elk range."

DNR officials flew over more than 1,000 square miles of northern Michigan land in the lower peninsula to conduct the estimate.

Michigan's elk management plan was first written in 1975 in response to a dramatic decline in the species. Increased law enforcement efforts against poaching as well as improved elk habitat led to a rebound in their population.

Since 2006, crews have performed aerial surveys. Snowmobile surveys were also used up until 2002.