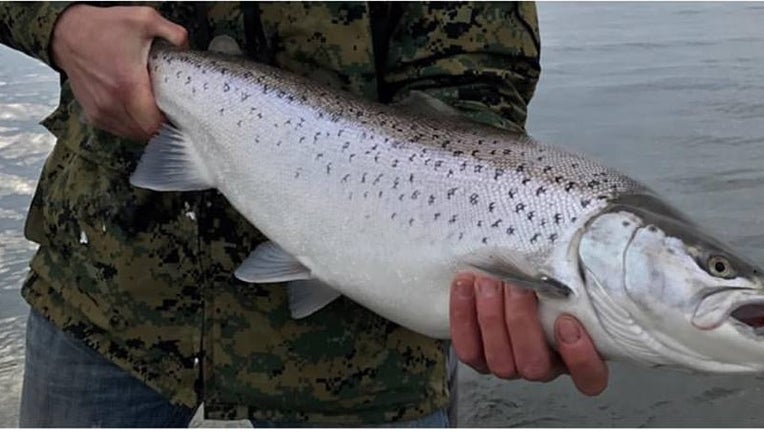 LANSING, Mich. - Michigan fishermen should be on the lookout for the next salmon or trout they catch - it could win them a nice bit of cash.

The Department of Natural Resources wants any fishermen to check for a clip on the small fin on the back of fish that have been caught in the Great Lakes. If one is there, it might be worth $100.

Popular fish species like steelhead, Chinook salmon, Atlantic salmon, brown trout, and lake trout have all been tagged by the U.S. Fish and Wildlife Service.

Fish and game experts that study populations of fish in the Great Lakes rely on anglers returning these species and recording their catches to better track ecosystems.

"We have creel clerks at some ports, but there are several areas that we don’t have staff, including on river systems with unique fisheries, such as Atlantic salmon or steelhead," said Randy Claramunt, the Lake Huron Basin coordinator at the DNR. "To get enough tag returns to learn about these species, we need the help of our anglers to voluntarily turn in heads."

While there are millions of fish with the adipose fin tag swimming in the area, only 33 will earn the $100 prize.

They were selected through partnerships between the Great Lakes Salmon Initiative and several fisheries around the state.

Any tags acquired must be submitted by Nov. 1, 2021, to be eligible for a reward. Then next year, all submissions will be pooled together for a lottery. Winners will be selected randomly. If an angler wants to keep their catch, they are asked to turn the head in at a local drop-off station in Michigan.

Other details that anglers should be aware of include:

Learn more about the program at Michigan.gov/TaggedFish 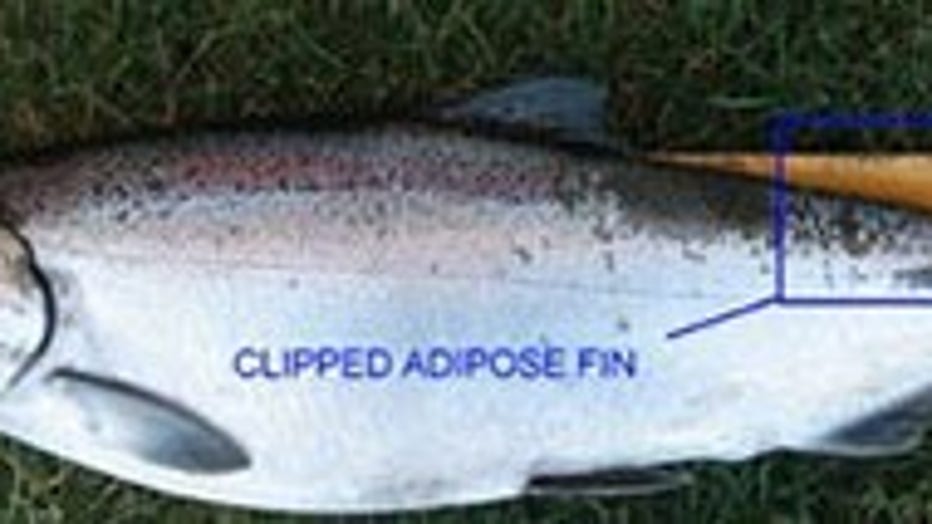 Any fish with the relevant tag will have it placed on a fin behind the dorsal on its back. (Michigan Department of Natural Resources)