Governor Gretchen Whitmer adamant she's not running for President in 2024

Michigan Governor Gretchen Whitmer says she's committed to leading Michigan for the next four years and will not run for President in 2024 - but that doesn't mean she's closing the door later in the decade.

LANSING, Mich. (FOX 2) - In the week since Gretchen Whitmer was reelected as governor of Michigan, the Democrat has been dogged by rumors and speculation that she could - and even WOULD - run for President in 2024. She's doing what she can to put that idea to rest.

Words are important and choosing them carefully matters. But intending or planning to do something is not the same as saying you dont want to do it.

Even that's not bulletproof because she could still run even though she never wanted to.

The story seems to be attached to the governor as the New York Times ranked her third in a list of potential candidates for President.

Whitmer calls all that a distraction, and here for the very first time, she attempts to stop the speculation with this definitive statement with no wiggle room.

She said she means it for the 2024 race but is not slamming the door closed for a run later in the decade.

The governor also said CNN should stay focused on her Michigan job 'for now.'

"I can tell you, period, I am not running for anything in the next two or four years," she said.

That's as clear as you'll probably hear an answer to that question and Whitmer said maybe this will be the last time she talks about it. 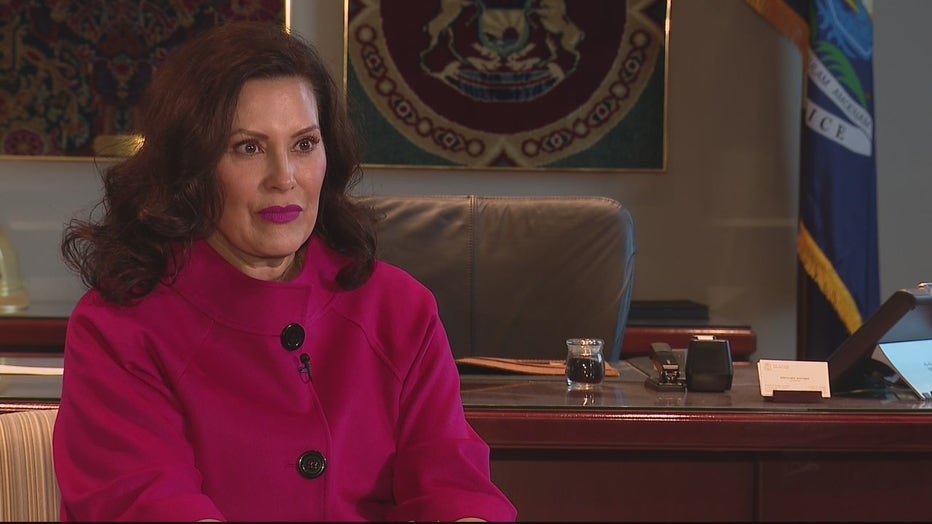