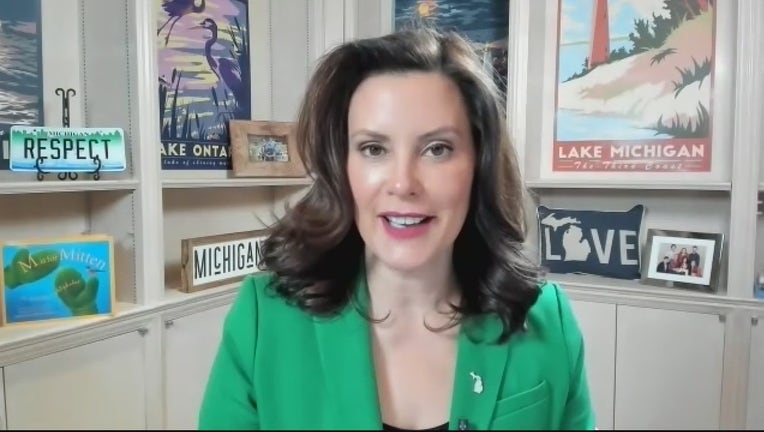 Michigan Gov. Gretchen Whitmer said the violence seen at the U.S. Capitol is not surprising considering what happened in Lansing in April 2020.

SOUTHFIELD, Mich. (FOX 2) - Michigan Governor Gretchen Whitmer announced on Tuesday that she will spend Wednesday at the U.S. Capitol to attend the inauguration of President-elect Joe Biden and Vice President-elect Kamala Harris.

Whitmer's office said the governor will travel to Washington, D.C. on Wednesday, saying she was honored to attend the inauguration.

"The country is ready for a leader who listens to medical experts to lead our country’s COVID-19 response and works on behalf of hardworking Americans," said Governor Whitmer. "I am honored to attend the inauguration of President-elect Joseph R. Biden Jr. and Vice President-elect Kamala Harris and ready to begin working closely with each of them to fight this virus, save lives, and put the country back on track."

RELATED: Inauguration Day 2021 will be like no other: What exactly is different?

Inauguration Day 2021 is sure to be the most unique in American history following the Capitol Riot from just two weeks ago and an ongoing global pandemic that has taken the lives of over 400,000 Americans.

But in previous years, inaugural crowds have been a big deal.

A major headline in the first days of President Donald Trump’s administration was him overstating the size of his own attendance when then-White House press secretary Sean Spicer falsely claimed Trump’s inauguration "was the largest audience to ever witness an inauguration — period — both in person and around the globe."