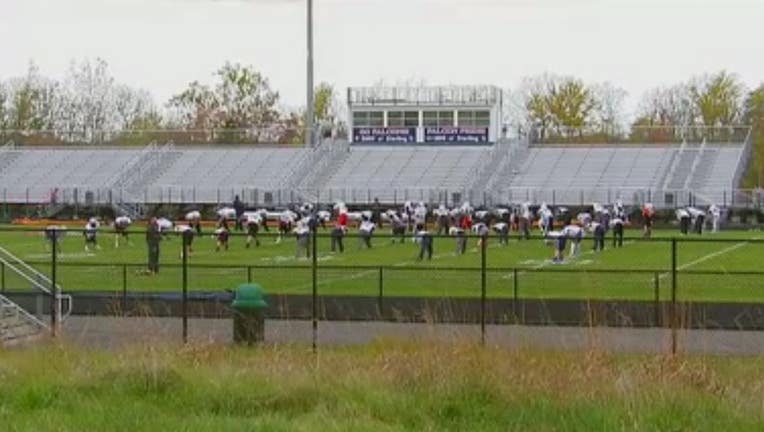 DETROIT (FOX 2) - A Michigan judge has rejected a request to stop regular coronavirus testing of high school athletes and other steps ordered by the state health department.

Judge Michael Kelly said Wednesday an injunction isn't appropriate at this stage because a group called Let Them Play Michigan is unlikely to win the case. He made his ruling just one day after hearing arguments from the state and the group.

RELATED: Student-athletes must get weekly Covid tests to participate

The group argued that health department orders, especially weekly virus testing, should have gone through a formal rule-making process. But the judge says state law "plainly gives" authority to the health director to issue emergency orders in response to a pandemic.

Let Them Play said it would meet with lawyers to discuss the best path forward and could either appeal the ruling or change the case, based on the judge's comments.

Let Them play filed a lawsuit against the Michigan Department of Health and Human Services in early April that seeks to restore high school sports to pre-pandemic operations.

High school sports has been a battleground between parents and the state, bubbling from a microcosm of consternation among those upset with pandemic restrictions into one of the state's most identified issues.

"It was an absolute nightmare and disaster this winter," said Jayme McElvany, who represents the group. "Kids were kicked out of their districts and states and finals and their lifelong dreams were taken because they were sitting next to someone six feet away in a classroom both with masks on and that still wasn't good enough."

But the health department has argued the restrictions have been necessary to keep COVID-19 from circulating in schools.

Under the state's current restrictions, student-athletes ages 13 to 19 must wear a face mask when competing. They must also comply with a testing regimen. In athletics where wearing a face mask is not possible, the student must be subject to an enhanced testing regimen.

The group Let Them Play will finally hear their lawsuit in court Tuesday when a judge listens to the organization make their case against epidemic orders from the state health department that has revised high school sport events.

That means student-athletes must be tested on a weekly basis. The enhanced testing program requires athletes to be tested three times a week.

Prior to the health department allowing all sports to continue with rules, contact sports among organized high school athletics was not permitted. Only activities that did not require groups in close contact were permitted to resume, and even they had rules.