ADA TOWNSHIP, Mich. - A state lawmaker who crashed his vehicle in western Michigan has been arrested for driving while intoxicated. 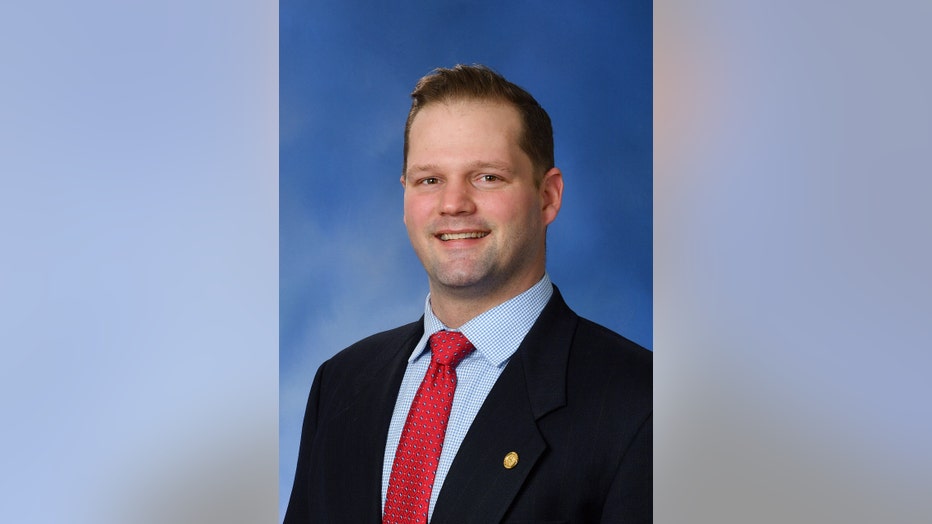 State Rep. Bryan Posthumus was arrested Friday and booked into the Kent County Correctional Facility, according to jail records.

He had left his farm in Oakfield Township in a Jeep, which drifted off the road, hit a mailbox and rolled over, according to a news release issued late Saturday from the lawmaker's office.

Posthumus was taken to a hospital for evaluation and released. His blood alcohol level was .13% when Michigan's legal limit is .08, according to the release.

No one else was injured.

The first-term Republican lawmaker apologized in the statement.

"I am deeply disappointed in myself for putting other people in jeopardy by driving while intoxicated," he said. "There is no excuse for what happened, and I take full and complete responsibility for my actions."

Posthumus, 36, said it was "clear" he has a drinking problem and needs help. He said he'll attending Alcoholics Anonymous meetings.

He won election in November 2020. He's the son of former Michigan Lt. Gov. Dick Posthumus and the brother of Kent County Clerk Lisa Posthumus Lyons who also served as a state legislator.