Rep. Rashida Tlaib and Congressman Andy Levin were arrested during an abortion protest Tuesday in Washington D.C. Levin said he planned to be arrested.

"I have a 17-year-old daughter who could have less rights than her mother and her grandmothers. That is not the march toward a more perfect union that I see America being," Levin said.

The Michigan lawmakers were two of 17 lawmakers arrested and charged with crowding, obstructing and disturbing the peace at the demonstration for abortion access organized by The Center for Popular Democracy Action. Thirty-five people were arrested in total. 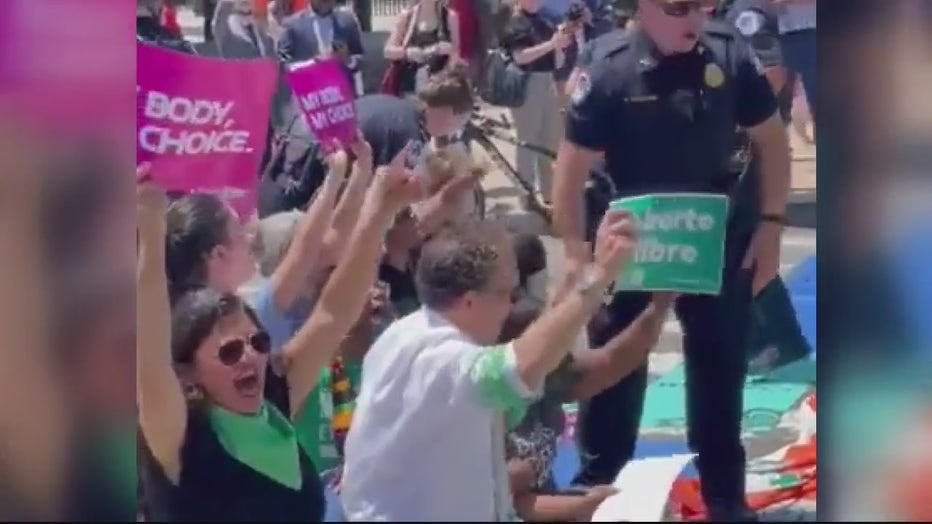 The group was blocking traffic around the Capitol and Supreme Court.

Read Next: House votes for protections for same-sex and interracial marriages

"It was a planned protest, led by the woman’s caucus, and as a big supporter of theirs, they asked me if I would like to participate, and I said, ‘Yes I would,’ and so, those of us arrested all, I think every one of us, planned in advance to be arrested," Levin said.

Levin said this was the fifth time he’s been arrested for civil disobedience, but says it is a small price to pay for the issues he is standing for. He hopes the actions will inspire others.

"And if people get involved, get out and vote on Aug. 2 and then go vote again on Nov. 8.  Demonstrate for what you believe in, whatever the heck it is. Get out here and participate in our democracy," he said.

Tlaib issued a statement following her arrest. It reads in part:

"It must not be lost that while we took arrest today, those who can become pregnant and their health care providers face much graver dangers, including arrest but also violence, in states across this country."