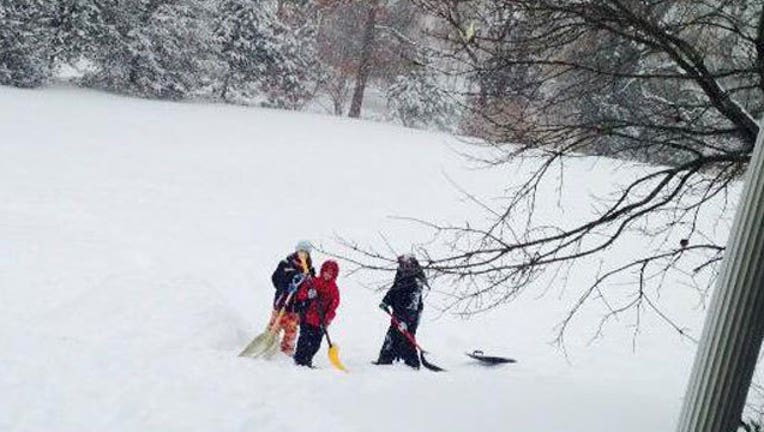 (AP) - Michigan schools would not have to reschedule up to four snow days that occurred during an artic deep freeze under legislation sent Thursday to Gov. Gretchen Whitmer for her expected signature.

The bill won final approval when Senate Democrats agreed to ensure it would take effect immediately. That was a reversal after they had effectively stalled the measure earlier in the week because majority Republicans stripped a House-passed provision that would have ensured some hourly school employees were paid for days canceled due to the weather -- if their labor contract or employment agreement is silent on the issue.

"It's all for the kids and giving schools plenty of notice so they can do their proper planning," Senate Majority Leader Mike Shirkey, a Clarklake Republican, said of not counting the Jan. 29-Feb. 1 period toward the state cap on snow days.

Senate Democratic Leader Jim Ananich of Flint said: "We voted on what was the best available option in front of us. ... I wasn't going to let the perfect be the enemy of the good."

State law forgives districts from making up six days that have been canceled for emergencies, and schools can get a waiver from the state superintendent for three additional days. Many districts have already reached or exceeded nine snow days. Some are in the double digits, meaning their students could have up to an extra week or more of school in June without the legislation.

Schools across Michigan canceled classes during what was a statewide emergency declared by Whitmer due to extremely cold temperatures.

The Michigan Education Association, the state's largest teachers union, urged the Democratic governor to quickly sign the bill so schools and families can finalize their plans. It said some hourly workers -- such as bus drivers, custodians, lunchroom and other support staff -- are paid for days when school is called off while others are not.

While the proposed requirement that some employees be paid was not included in the final measure, MEA President Paula Herbart said schools should still "do the right thing" since emergency days are beyond their control.

"With the legislation, districts will be receiving the same level of funding they were otherwise expecting, which means they have the money to pay these hourly workers what they would have made, without any budgetary impact," she said.