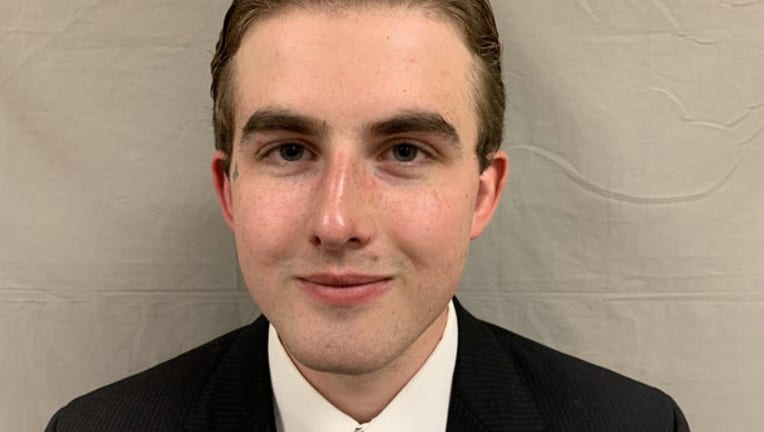 Tristan Webb was sentenced to 5 years probation after prosecutors said he hosted a white nationalist ‘hate camp’ in Michigan in 2019.

LANSING, Mich. (FOX 2) - A member of a white supremacist group that hosted a ‘hate camp’ at his property in Michigan will pend five years on probation after pleading no contest to three charges.

Tristan Webb, 20, was ordered to serve five years of probation under ‘strict supervision' of the court after he agreed to a plea deal. Webb was one of four men tied to the neo-Nazi group that advocates for violence against the government and has aspirations of creating a white ethno-state.

Webb had originally been charged with larceny, gang felonies, conspiracy to train with guns for a civil disorder, and felony firearm. The larceny charge was dropped as part of a plea deal that ultimately led to him being sentenced to 5 years probation.

Michigan Attorney General Dana Nessel said Webb was part of "The Base" and hosted a hate camp at his property for the Michigan cell of the hate group in 2019. Members from "The Base", "Invictus Youth," and "Aryan Resistance" attended, Nessel said. She promised to charge anyone who participates in takes part in a domestic terrorist organization.

"My department will hold accountable any individual that commits crimes as part of a domestic terrorist organization," said Nessel. "Make no mistake, these are violent gangs intent on harming others and their actions will be prosecuted to the fullest extent of the law."

According to Nessel, hate camp was used by the group and describes firearms training where paramilitary-style techniques are taught to participants. Not long after the hate camp, Webb was vetted to become a full member of "The Base", Nessel said.

"Hate camp" is a term used by the group to describe firearms tactical training where various paramilitary-style techniques were taught to participants. Soon after, Webb underwent a vetting process to become a full member of The Base.

A white ethno-state in Michigan

Among the states that The Base was most interested in operating out of was in Michigan's Upper Peninsula. The region's population is largely white and, according to a report from Vice News in October 2020, was considered a potential place that members could conduct paramilitary training.

Justen Watkins, of Bad Axe in Michigan, who took over the group's leadership in 2020, had wanted to purchase land in the peninsula as part of plans to house and train members.

According to a release from Attorney General Dana Nessel's office, two other members of the base not charged in the initial case had entered former and vacant Michigan Department of Corrections sites near the rural community of Caro.

They were assessing the properties as potential future training grounds for "hate camps" - a term The Base used to designate their training exercises.

How The Base members were arrested

Watkins and another man, Alfred Gorman, first appeared in the Michigan court system after a December 2019 incident when they targeted a house in Wastenaw County, which they alleged to be the home of an antifascist podcaster.

The men posted threatening images online, which included a photo of Watkins wearing tactical gear in front of the home.

But the house was wrongly identified and instead housed a family in Dexter.