A Shelby Township man confirmed that he was inside the U.S. Capitol during the riot in January and gave prosecutors pictures from his phone that showed him taking part in the insurrection.

DETROIT (FOX 2) - A Shelby Township man admitted to authorities that he took part in the U.S. Capitol Riot on January 6 and prosecutors said he did it to present his copy of the U.S. Constitution.

James Allen Mels was arrested and charged with entering a restricted building without permission and violent entry on Capitol grounds.

Prosecutors say he took pictures inside the Capitol, placing him inside when the riot took place. Authorities said someone who had known Mels for years tipped the FBI off that it was him and where he was.

Investigators say Mels prayed and then spilled the beans, telling investigators the whole story. He even gave them photos from inside and said he did so to speak with an officer and show a  copy of the United States Constitution and have his voice heard. The pics were apparently snapped by Mels’ phone include the Senate Wing Door Hallway, the Crypt, the first-floor Atrium, and the Hall of Commons.

Mels was placed inside the capitol with his own cell phone pics and a "selfie" to boot.

According to the affidavit, MELS said he traveled to the Capitol with 11 other "like-minded Patriots" that he met through online platforms like "The Patriot Hour" and "X-22" because he believed the 2020 Presidential election was "fraudulently decided".

Mels told FBI agents that he did not engage in any violence and didn’t know about anyone even organizing violent acts.

He was released on a $10,000 unsecured bond and is now charged with federal crimes including knowingly entering or remaining in any restricted building or grounds without lawful authority, and violent entry and disorderly conduct on Capitol Grounds. 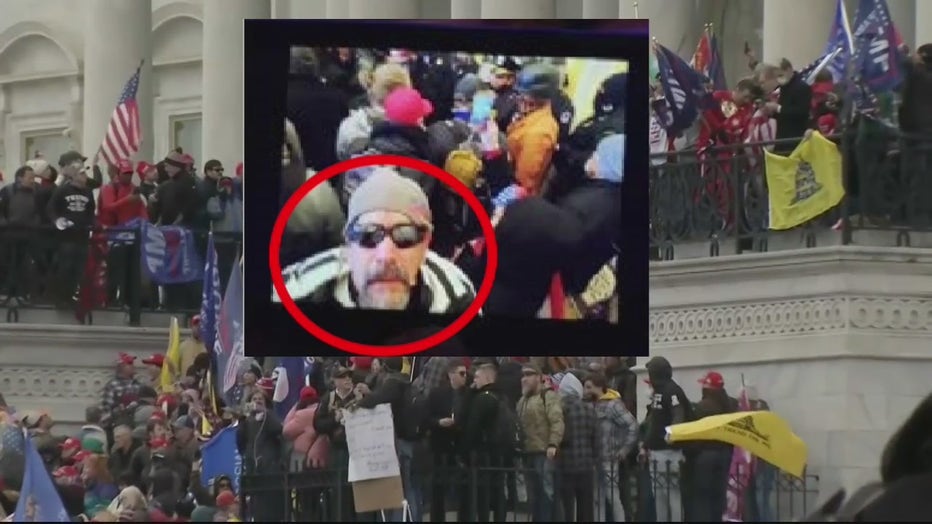 James Allen Mels took pictures inside the Capitol, including a selfie, as he was part of the mob that stormed the building on Jan. 6, prosecutors say.

He’s now the third person from Michigan arrested in connection with events at the Capitol on January 6th.

Javed Ali, a counter-terrorism expert in residence at the University of Michigan, said people didn't show up in Washington to storm the Capitol but the mob mentality apparently took over.

"A large majority of the people, from the data that's been revealed so far, appear to have to be in that part of the category: that they didn't necessarily arrive to the speech up with President Trump thinking that they were going to storm the Capitol and get inside the building - but once they went along with everybody else, things just started to fall into place in a very different way. Maybe it speaks to what happens when people are caught up in these mobs that can turn violent very quickly," he said.

The case is being transferred to Washington DC for prosecution. Mels has been ordered to surrender his passport and cannot travel to Washington unless it's for court proceedings.