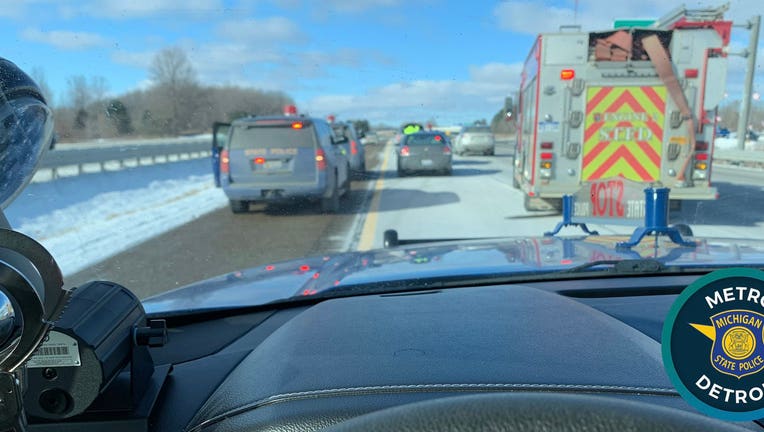 Michigan State Police on I-75 in northern Oakland County. Photo via MSP.

OAKLAND COUNTY, Mich. - I-75 is now open after a shooting near Springfield Township in northern Oakland County.

According to preliminary info from police, a male driver in a four-door Chevrolet was traveling north on the freeway when an unknown person shot at the vehicle, striking the victim.

He was transported to a local hospital in serious condition.

The suspect vehicle is described by witnesses and the victim as a white-colored Audi.

They fled down E. Holly Road in an unknown direction, police said.

The Michigan Department of Transportation said all lanes were blocked.

The closure starts at Dixie Highway/US-24.