After a tumultuous Monday, abortion is still legal in Michigan. But pro-life advocates promise they'll take all legal steps necessary in the fight.

SOUTHFIELD, Mich. (FOX 2) - In the span of just a few hours, an appeals court ruled that county prosecutors could enforce a 1931 law that banned abortions only to be blocked by a circuit judge. So, for now, abortion is still legal in Michigan. But the fight isn't over.

On Monday, Michigan Governor Gretchen Whitmer filed a temporary restraining order after the Michigan Court of Appeals overturned the May ruling that blocked the 1931 state law from going into effect.

The law restricts almost all forms of abortion, regardless of incest and rape and was suspended in a Michigan Court of Claims ruling in a case involving Planned Parenthood.

But for pro-life advocates, they plan to have their day in court this week.

David Kallman represents prosecuting attorneys from Jackson and Kent Counties, along with attorneys for Right to Life Michigan and the Michigan Catholic Conference. He promised they'd be in court on Wednesday to fight.

"We had no opportunity to respond, no opportunity to weigh in on the issues and in our opinion, this is an egregiously wrong injunction that the judge has issued," he said. "We're going to be in court tomorrow at 2:30 asking the judge to lift the temporary restraining order. If he doesn't, if he keeps it in place we're going to appeal immediately to the court of appeals."

Right to Life Michigan and the Michigan Catholic Conference have been fighting to enforce the abortion ban since the Supreme Court overturned Roe v. Wade.

Whitmer said she hopes the Michigan Supreme Court will take up her case and rule in favor of abortion rights. 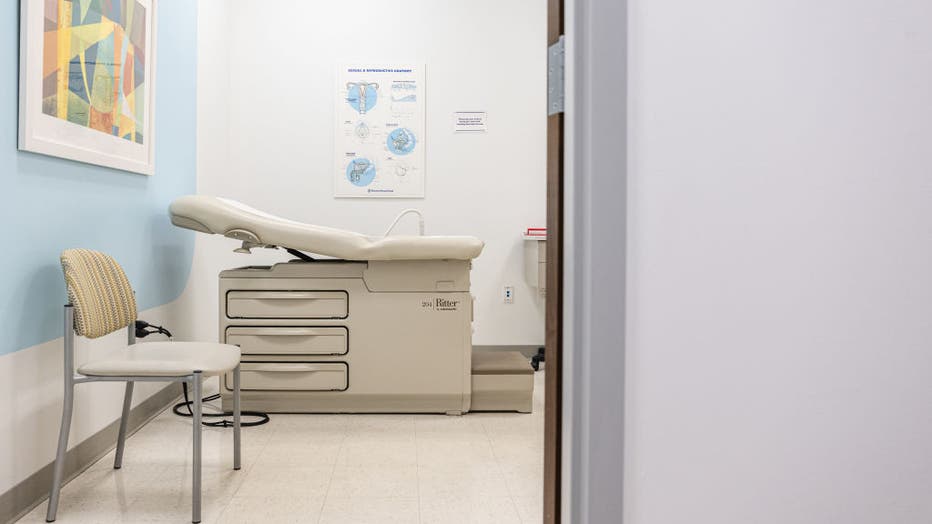 An examination room of a Planned Parenthood Health Center is seen on July 9, 2022 in Louisville, Kentucky. Planned Parenthood provides many health services, including abortions, which are currently legal in Kentucky after the U.S. Supreme Courts deci

"This is a very important moment when we're talking about a law that makes a right that we've had for 49 years a felony - no exceptions for rape or incest - this is out of step with the average Michigander who supports women being able to make these decisions even if it's not one they would make themselves," Whitmer said.

If the state Supreme Court doesn't take up the case, it will go likely go on the ballot for voters to decide but that's not until November.

"The voters are going to have an opportunity to weigh in on the ballot initiative this fall - what i've been trying to do is just simply preserve the same rights with the same conditions that we've had for 49 years," Whitmer said.

Anti-abortion advocates say the 1931 ban is the law that should be enforced.

"The duty of a state is to uphold laws that protect the health and welfare and safety of the people and so it's really sad to see the governor and the attorney general of Michigan refusing to enforce the laws they have sworn to uphold," said attorney Denis Harle from Alliance Defending Freedom

The next hearing is scheduled for Wednesday afternoon.