Hundreds of people gathered outside the state capitol in Lansing on Tuesday to protest a proposed bill they say would restrict voting rights in Michigan - including the Detroit branch of the NAACP, the UAW, and Detroit Mayor Mike Duggan.

LANSING, Mich. - Michigan Republicans' attempts to add an ID component to absentee ballot applications and to institute signature verification at polling places have died in the GOP-led Legislature, amid pushback from election clerks and voting-rights advocates.

Rep. Ann Bollin, who chairs the House Elections and Ethics Committee, told The Associated Press that she and many other House Republicans oppose a Senate-passed bill that would require absentee ballot applicants to include a copy of their photo ID, their driver's license number or the last four digits of their Social Security number. Those who do not would get a provisional ballot and have to either verify their voter registration or their identity and residence within six days after the election for it to count.

"There was not support to make it more difficult for voters through the AV process," said Bollin, of Brighton Township.

Nearly 3.3 million people -- a record -- voted absentee in November. Voters currently seeking an absentee ballot by mail must sign the application, and the signature is matched to the voter file.

The Senate, meanwhile, is poised as soon as this coming week to reject the House GOP's proposal to require that in-person voters' signatures be verified before they are given a ballot, by mandating that signatures in Michigan's voter file be added to electronic poll books. An existing verification requirement is effectively meaningless and unenforceable because signatures are not loaded into e-poll books.

"The most positive means of proving your identity is through your photo ID. ... I don't think the signature should be used as the mechanism for verifying someone's identity over the photo ID," said Sen. Tom Barrett, a Charlotte Republican and sponsor of the legislation that will undergo changes.

Bollin, who has spoken with Barrett, said she is OK with removing the proposed signature check at precincts -- citing opposition from clerks. She is a former township clerk.

GOP lawmakers, however, remain committed to toughening the state's photo ID requirement to vote in person, despite a certain veto from Democratic Gov. Gretchen Whitmer.

Voters without photo identification now can sign an affidavit and cast a ballot at their polling place. More than 11,400, or 0.2%, of nearly 5.6 million voters did that in the fall election. Under the main bill, they would instead vote a provisional ballot. 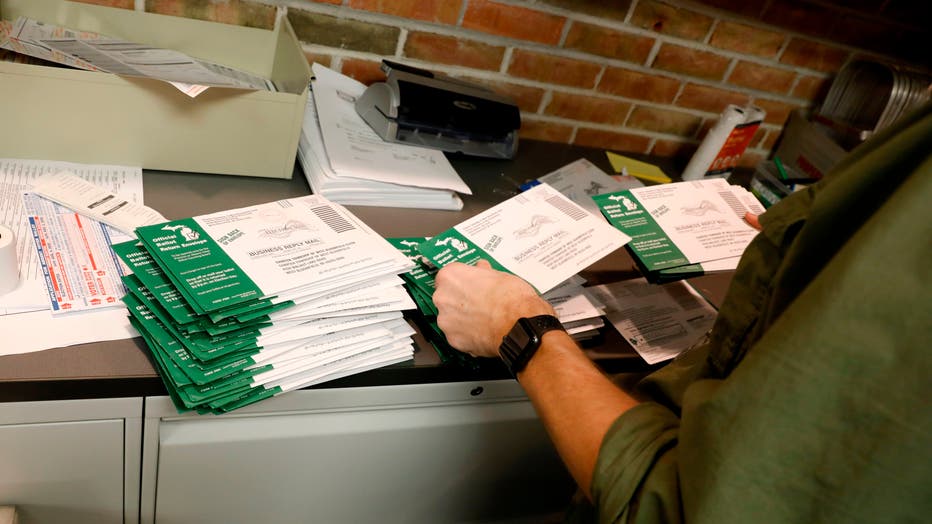 "There is zero evidence that a single one of these voters who signed the affidavit since 2007 violated the law in any way, yet these bills would disenfranchise them," Dorian Tyus, deputy voter protection director at the Michigan Democratic Party, told legislators last month. The elderly, younger voters, the poor and people of color would be disproportionately affected, he said.

"This is nothing but modern-day Jim Crow laws created to mute the already voiceless. These bills will only create more obstacles for those who already have so many obstacles to be able to maintain their right to vote," said Rep. Tenisha Yancey, a Harper Woods Democrat.

The legislation is tied to House-approved bills that would make it easier to obtain a personal state ID card by eliminating fees for obtaining or renewing one. The $10 fee already is waived for certain people, including the elderly, those on welfare or disability assistance, the homeless and veterans.

Republicans say photo ID is required to board airplanes, open bank accounts and buy medicines to treat colds -- an argument Democrats and voting-rights advocates counter by noting that voting is a constitutional right.

The continued legislative debate comes just weeks after a GOP-led Senate panel concluded there was no widespread or systemic election fraud despite false claims by former President Donald Trump and his allies that he won reelection.

Republicans may get around the governor's expected vetoes with a maneuver that lets lawmakers adopt citizen-initiated ballot drives.