DETROIT (FOX 2) - As the Governor of Florida signs a controversial election bill that makes ballot drop boxes available only when voting sites are open, Michigan's top election official is joing other states to push for Washington lawmakers in a push for a voting rights bill in Congress.

Florida Gov. Rick DeSantis signed the bill into law in Florida while saying the "vote(s) are going to be cast with integrity and transparency and this is great for democracy."

But Michigan Secretary of State Jocelyn Benson says this isn't great for democracy but is instead a sign that the war against democracy is 'escalating'. Instead, she's pushing the 'For the People' act, which is a voting rights and campaign finance bill that has been passed in the Democratically-controlled U.S. House. It faces stiff opposition from Republicans in the Senate.

"We know that new battlefronts emerging in state legislatures across the country is particularly detrimental," Benson said Thursday.

Democrats claim the bill will help curtail what they see as state-level pushes to restrict voter access. Critics say changes like the one DeSantis signed will make it harder for voters, particularly the elderly and people of color, to cast ballots.

Republicans don’t see it that way.

Benson previously made it clear she thinks a package of bills introduced here in the state legislature are part of what many see as a national effort to suppress the vote. The leaders of 3 dozen major Michigan-based companies - including GM and Ford - and all four major Detroit sports teams essentially saying they amount to voter suppression.

In April Benson said states with some of this voter legislation had the exact same language.

Advocates have said the package that is working through the senate is just blatant clear voter suppression. Johnson said that's not true.

"Nothing could be further from the truth and it's so disappointing that she gets people riled up about something and she knows better. She doesn't go into the fact that we're going slow, deliberate. It's going through the committee process and then the Senate floor and then the committee process in the house. And most important, we have a Democrat Governor that has to sign it," Johnson said.

Some of the proposals in Michigan's bills include requiring a photo ID to vote in person, stopping the mailing of absentee ballot applications statewide if they’re not requested, and restricting when voters can drop their ballot in curbside boxes.

"We need to work together to make it easier to vote and harder to cheat," Johnson said.

The most recent version of the bill proposes closing absentee ballot drop by 5 p.m. on Election Day, three hours before polls close. Republicans said this was with the goal to let clerks gather and process ballots earlier "so they're not out after hours working all night to process thousands and thousands of ballots."

Critics said they should remain open until 8 p.m. and are convenient and secure. 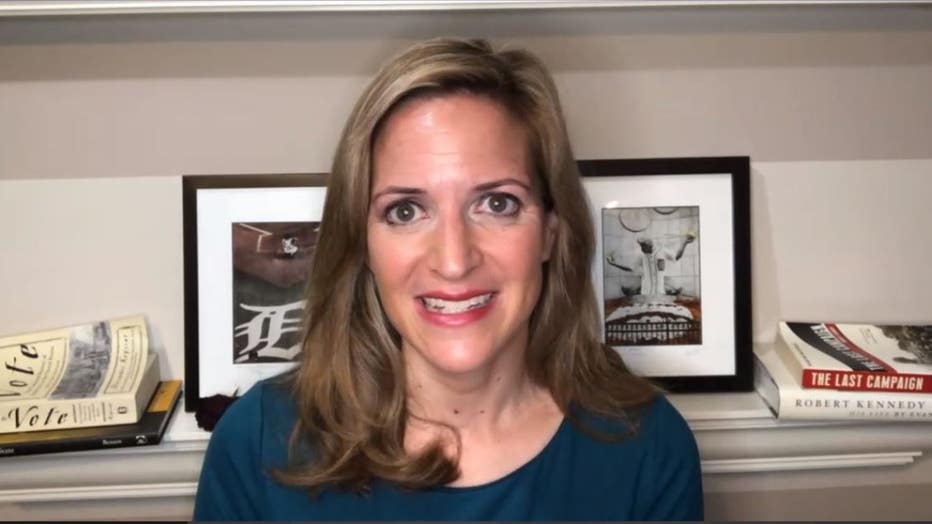