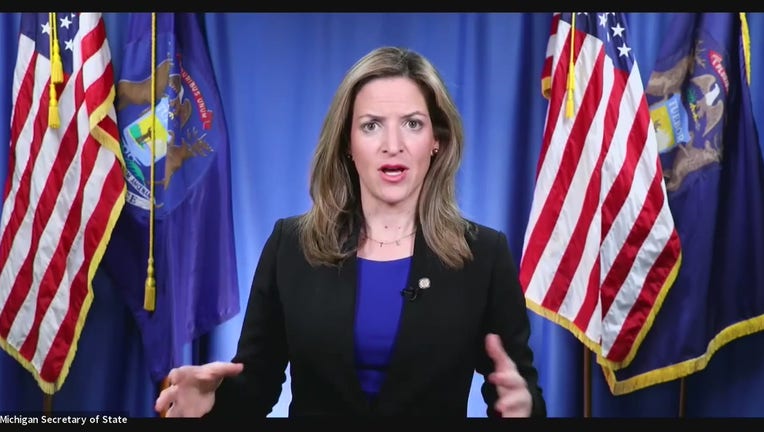 SOUTHFIELD, Mich. (FOX 2) - Michigan Secretary of State Jocelyn Benson has unveiled 12 action items to ensure fair and equal elections continue in the state, including making Election Day a state holiday, require absentee ballot applications to be sent to every voter, and banning the open carry of guns within 100 feet of voting locations.

Benson unveiled her legislative agenda on Monday that her office is calling 'Advancing the Vote, Protecting Democracy'. According to Benson, the agenda has a goal of expanding access to voting and further enhance the security of elections in the state.

"Michigan voters want elections to be accessible, strong and secure. We saw this in 2018 when voters enshrined expanded voting rights in our state constitution, and again in 2020 when record numbers of voters exercised their new rights," said Benson. "Our job now is clear: to defend and protect democracy by ensuring that no matter how one votes, who they vote for, where they live, or what they look like, their vote will be counted."

The agenda has a total of 12 initiatives that she's said will help ensure every vote is safe and fairly cast and counted:

Benson said she unveiled the plan on the first day of Black History Month to pay tribute to the Black Americans who sacrificed to help increase awareness about voting rights for everyone.

Benson said her office will work with state lawmakers to create and introduce bills to follow through with her proposed plan.