Michigan will soon have six LGBTQ+ state representatives, a record. They are ready to follow in the footsteps of those before them while working to address some of the most important issues.

The state representative-elect from West Bloomfield is not only part of the new blue state legislature, but he's also one of six state reps from the LGBTQ+ community -- a record for Michigan.

"I think it's amazing - it's really important that we have representation for all communities but for so long - and I think especially in this last campaign we saw the LGBTQ community being used for political attacks, and I think especially now it's important that we have leaders who are going to fight back against that and advocate for the community," he said. 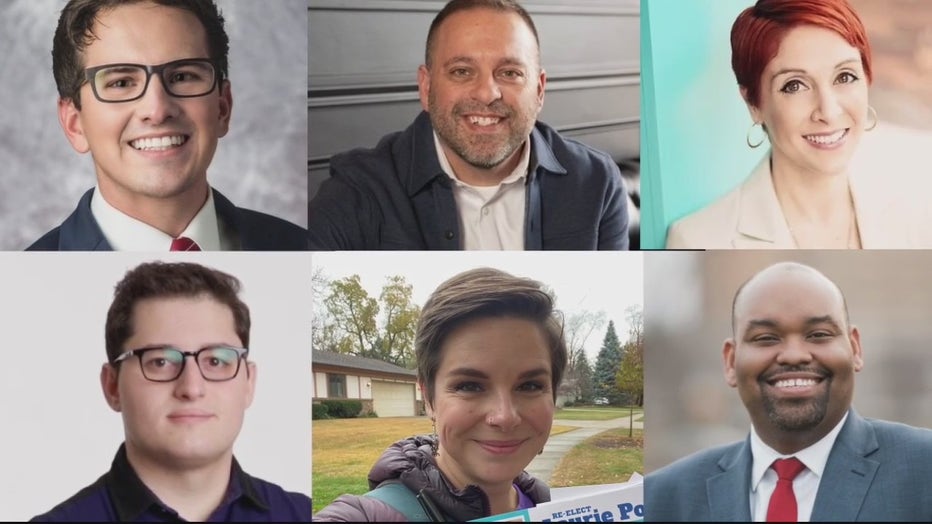 Arbit sat down with FOX 2, along with Rep. Laurie Pohutsky from Livonia - just elected to her third term - and Jason Hoskins - who is currently serving as a Southfield city councilman but was just elected to the state House.

"I didn't think people would elect an openly gay Black person to office," Hoskins said. "I certainly didn't think I'd be the first of anything, but here I am."

There are so many firsts - Hoskins is the first openly gay person of color and Pohustky will be the next speaker pro tem.

"This is the first time that a member of the LGBTQ community has held that role," she said.

These state reps are ready to get to work. Arbit wants Michigan to become a leader in the prevention, intervention, and prosecution of hate crimes, which have been on the rise.

Pohutsky has been working to codify LGBTQ protections in the Elliot Larsen Civil Rights Act and wants to ban the panic defense, often used to justify crimes against gay and transgender people.

"It's an abhorrent use of that defense, and we just need to clean it up off the books - there have been several states that have done it, and I'm looking forward to getting it across the finish line this term," she said.

Those are things that are actually very important to both Black and brown communities and the LGBTQ communities, particularly housing. We have a housing crisis here in the state and that disproportionately impacts minority populations and the LGBT community," he said.

They're also anxious to improve education, the environment, and many other issues, while setting an example for others in the LGBTQ community and beyond:

"I don't want anyone to ever think that who you are or who you love is a barrier to anything," Pohutsky said.

"That's the message that I want people to know.  I could never have imagined being here, but you can do anything," Arbit said.

"If one person sees that all of us are able to do this - then we've done great work," Hoskins said.

They are grateful to the few LGBTQ politicians who have come before them, like Attorney General Dana Nessel, Sen. Jeremy Moss, and outgoing Rep. Tim Sneller. Pohutsky was thankful to serve with former Rep. Jon Hoadley.

"Was really, really wonderful because he and Jeremy both paved the way for the rest of us in a lot of ways," she said.

Arbit said he has a similar background as Nessel.

And now, it's their turn.

"I think of it as an opportunity for us to be able to talk with our colleagues, to be able to be voices for people who can't speak," Hoskins said. "Making sure the people who are most vulnerable are protected and we actually now have the ability to do that in the state legislature."