KALAMAZOO, Mich. (AP) - The suspect in the fatal shooting of a sheriff’s deputy during a pursuit in southwestern Michigan had been involved in a car chase with another law enforcement agency earlier the same day, authorities said Monday.

Speaking at a news conference, Kalamazoo County Sheriff Richard Fuller declined to name the suspect who pointed a gun at deputies at a gas station in Galesburg Saturday night then drove away. The deputies chased the suspect who shot and critically wounded Deputy Ryan Proxmire during that pursuit. 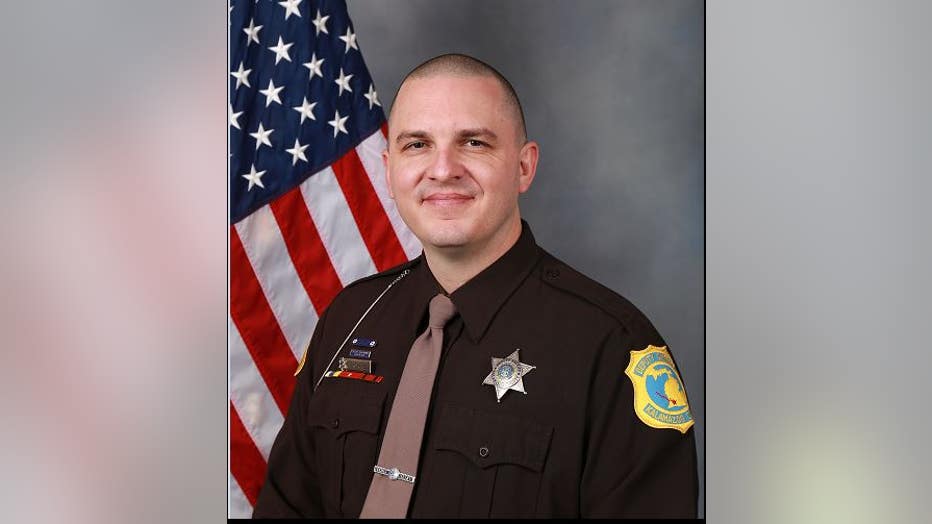 The suspect lost control of his vehicle and drove into a field where he was killed in an exchange of gunfire with the other deputies.

Proxmire died in a hospital Sunday.

"There was a concern to talk to this person, and things escalated out of our control," Fuller said. "The person was committing a crime in front of us that night and that person, his criminal activity led to these events."

Galesburg is about 130 miles (210 kilometers) west of Detroit.

Fuller provided no details about the earlier chase involving another agency and refused to name the suspect, saying more details would be revealed in court documents.

More than two hundred people, including law enforcement and other first responders, attended a vigil Sunday night outside the sheriff’s office in Kalamazoo to honor Proxmire.

Fuller said he had been with the sheriff’s office nine years, starting off as a court security deputy. He also worked in the jail, and instructed other deputies in field training, Taser use and control and defense tactics.

Proxmire was a "fallen hero" and a man "who responded to trouble so others would not have to," Fuller told reporters.

"He did so with dignity, honor and respect," Fuller added. "Tragically, his life was cut short this past weekend by the wicked actions of a criminal."