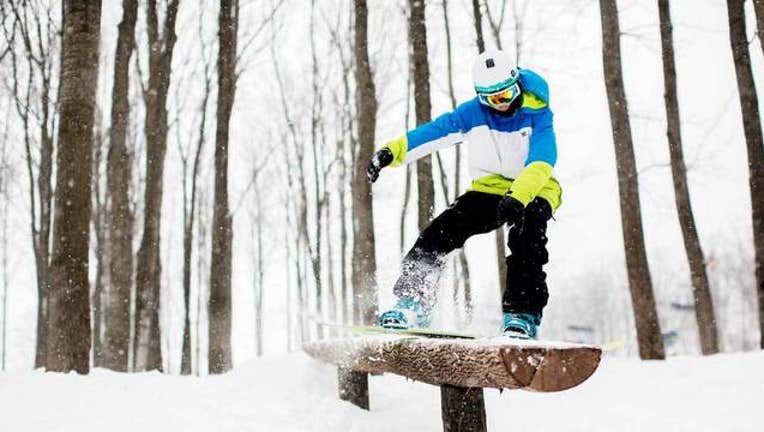 (FOX 2) - There's a world record for everything, and two snowboarders are looking to set another.

David Zemens of agnarchy.com and Sabato Caputo are shooting to hit the slopes of 16 different ski areas in 24 hours.

"This was David's idea and I just thought it was great," said Mickey MacWilliams, president of the Michigan Snowsports Industries Association. "Michigan has so many ski areas. There's so many market areas. This is a really good way to highlight that."

"Also, it's a way to show people, even if there isn't snow in their backyard, we have snow on our slopes." she added.

While the world record for consecutive ski areas snowboarded was set in Japan at 17 different areas, Zemens and Caputo are shooting for the North American record. The MSIA is teaming up with agnarchy.com in the record attempt. The duo will start Friday evening at 9 p.m. at Boyne Highlands in Harbor Springs, before moving on to Nub's Nob in Harbor Springs before ending the night at Boyne Mountain in Boyne Falls.

Saturday will be a busy day, trips are planned for Gaylord, Bellaire, Traverse City, Thompsonville and more. The endeavor will end at Mt. Brighton.

Getting your name next to the word "record" carries prestige for sure, but the MacWilliams said that's not the only reason. Jan. 11 is National Learn to Ski and Snowboard day. Beyond that, January is also Discover Michigan Skiing month, which comes with a sweet "learn to ski" deal for any newcomers. Only costing $35, beginners get a ski or snowboard rental, a lesson and a lift ticket. The same goes for cross country skiing as well, with the same deal costing only $25

Check out the MSIA website for a complete itinerary of snowboarder's plan.