MONDAY NEWS HIT - An end to electoral uncertainty could be on the horizon Monday, with the state board of canvassers expected to meet to vote on certifying Michigan's results.

The largely-procedural vote is intended to review the election results of each of Michigan's 83 counties. Once the vote is certified, Michigan's electoral college will cast its ballots for the candidate who scored more votes in Michigan - who would be Joe Biden.

But with most "normal" things this 2020, it's not entirely clear which way the 4-person body will vote. A week ago, the Wayne County Board of Canvassers set off a firestorm of media coverage and public outrage when it initially declined to certify the vote. If the votes can't be certified, Michigan could be heading for a "constitutional crisis" as House Speaker Lee Chatfield put it.

A pivotal moment in Michigan election lore will take place Monday when the state board of canvassers meet to vote to certify the election results from the 2020 General Election.

There have been tremors that President Donald Trump is attempting to override the state's votes by having lawmakers install electors loyal to the president instead of Biden. On Friday, Chatfield, Senate Majority Leader Mike Shirkey, and several other Michigan Republicans met with Trump - a meeting that set off alarm bells among election officials.

However, a statement released by the Michigan GOP shortly after the meeting affirmed that no information had been released so far that "would change the outcome of the election in Michigan and, as legislative leaders, we will follow the law and follow the normal process regarding Michigan’s electors, just as we have said throughout this election."

Then, on Sunday, Chatfield referenced a scenario where gridlock at the state board of canvassers would toss the case to the state Supreme Court. If certification can't be resolved there, then bigger problems come into play.

"We've been doing our own investigations, we've been doing our own reviews of these reports of fraud and the reports of irregularities and I think these need to be looked into," Chatfield said Sunday. "If there were to be a 2-2 split on the state board of canvassers, it would then go to the state supreme court to determine what their response would be, what their order would be. If they didn't have an order to be certified, well then we'd have a constitutional crisis in the state of Michigan."

Biden has more than a 150,000 vote lead by unofficial counts.

Both national and state GOP leaders called on the Michigan Secretary of State to postpone the vote certification for two weeks so an audit of the votes could be conducted. Republican U.S. Senate candidate John James released a video on Sunday calling for the same thing.

However, Secretary Jocelyn Benson said state law mandated audits only be done after the State Canvassers have certified the election.

"This is b/c (because) election officials do not have legal access to the documents needed to complete audits until the certification," she tweeted on Friday.

It's not entirely clear how Monday's vote will go. The board will start the meeting at 1 p.m. where it will allow the public to offer their opinion on things.

The city of Detroit is expanding its pilot program to increase outdoor seating at Detroit restaurants and bars.

With a favorable response from restaurants and patrons, the new program will be back Dec. 1 through April 1.

“Our local restaurants continue to face challenges as a result of COVID-19 related restrictions on sit-down dining capacity," said DPW Director Ron Brundidge. "With these restrictions continuing into the cold weather months, the extension of the Open Detroit program will give businesses an opportunity to service patrons in a safe manner."

The program will allow for sidewalks, parklets, and private parking lots to be temporarily converted into uses for seating and outdoor retail space. The city also designated a select number of Cafe & Retail Zones where the city can close portions of the entire street.

For any enclosed outdoor seating, guidelines permit tents to only have a single side down and igloo style seating, allowing one household to sit in an area at a time.

Any restaurants that want to apply can do so online. Applications for the winter program are now open and can be submitted at Detroitmeansbusiness.org.

Three residents of Detroit have filed a lawsuit against President Donald Trump and his presidential campaign, alleging both parties have conspired to disenfranchise voters out of Wayne County.

Nicole Hill, Teasha Jones, and Maureen Taylor say the campaign's attempt to install loyal state electors that would override the voters in Michigan amount to a violation of The Voting Rights Act of 1965.

"This is a moment that many of us hoped never to face. But we are here, and the law is clear. It is time to enforce it," read the lawsuit.

Along with the longshot effort to upend the Electoral College - a process that could still play out depending on how other events occur - the plaintiffs also argue that lawsuits seeking to invalidate the votes and potential influence in the canvassing certification process also amount to disenfranchisement.

The president has repeatedly made false claims about how the election in Detroit has played out, at one point arguing that more votes had been cast out of the city than eligible voters who lived in the city. That, among the many other statements the president has made, have proven to be false.

The lawsuit was filed by the NAACP Legal Defense and Educational Fund. Also listed in the filing was the Michigan Welfare Rights Organization.

Tina Talbot: I killed my husband to protect my son

Tina Talbot made an appearance on Let It Rip Sunday morning, discussing her recent release from prison after serving the minimum time for manslaughter.

The mother who killed her husband over self-defense and protecting her son, Talbot's case would receive national attention before she was convicted in 2018.

She was released last week after being convicted in 2018.

Let it Rip Weekend: Interview with Tina Talbot ‘I did it to protect my son’

Let it Rip Weekend: Interview with Tina Talbot ‘I did it to protect my son’

“Just getting my life back in order,” Talbot said. “I’ve been away for so long. There’s so much I have to do. Try and get my son back, find a job, get my house back in order. So, it’s a little overwhelming, but in a good way.”

Talbot said she was aware of the consequences of what she was about to do, right before she shot her husband. But for her, "it was important to save my son and not worry about the consequences."

Talbot hopes she can plan a future that includes sharing her story and speaking to women about domestic violence.

Detroit police are looking for a person-of-interest in a weekend shooting that left one man in critical condition.

Around 6:30 p.m. Saturday, a 38-year-old man was driving in the area of 8 Mile and Vaughn Street when he was struck by a green Dodge Charger.

The crash escalated into an argument between the victim and suspect before the 38-year-old man was shot.

The suspect then fled the scene on foot while the victim was taken to the hospital.

Police released photos of the suspect. He's seen wearing dark-colored clothes and has a light-Black complexion and short black hair.

If you have seen him or if he looks familiar, you’re asked to call the Detroit Police Department’s Eighth Precinct Investigative Unit at 313-596-5840, or Crime Stoppers at 1-800 Speak Up.

Detroit police are looking for a 64-year-old man who was last seen Friday afternoon.

Larry Sawyer was walking to the corner store in the area of Linwood and Fullerton around 3 p.m. when he disappeared.

Sawyer has a brown complexion, wears glasses, and has a tattoo on his right forearm. He was last seen with a navy blue jacket, black pants, and black shoes. 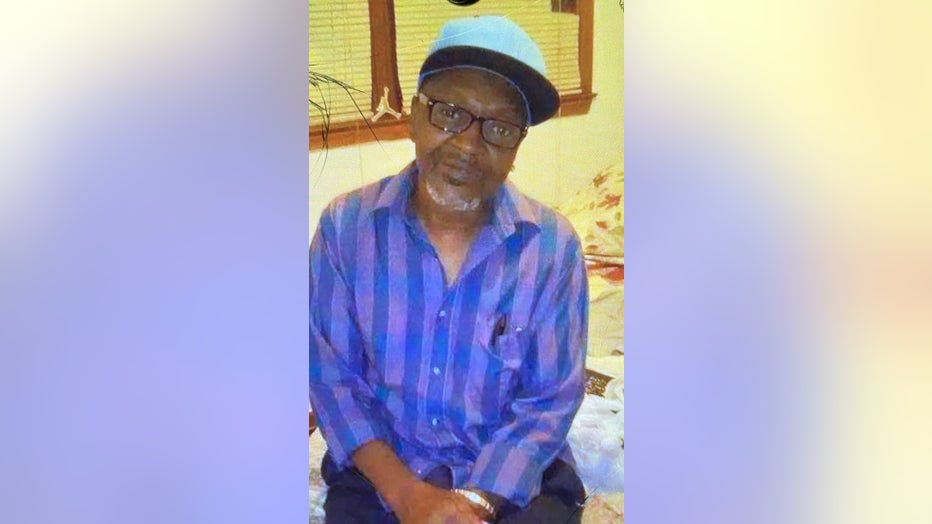 Sawyer is in good physical health but he does have medical health concerns.

Following the season's first real snow, November will give residents a day's break before more precipitation returns on Tuesday. Expect some clouds and a forecasted high of 42 degrees on Monday.

Wet weather wins out with our next system

The head of the U.S. effort to produce a coronavirus vaccine says the first immunizations could happen on Dec. 12.

A Food and Drug Administration advisory committee is set to meet Dec. 10 to discuss Pfizer Inc.’s request for an emergency use authorization for its developing COVID-19 vaccine.

Pfizer and its German partner BioNTech recently announced that the vaccine appears 95% effective at preventing mild to severe COVID-19 disease in a large, ongoing study.