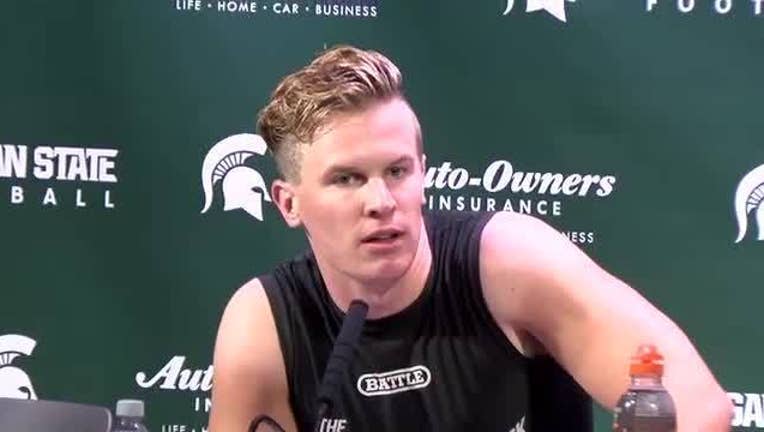 The winner of the Indiana-Michigan State game receives the Old Brass Spittoon, which the Spartans won each of the past two years. In fact, Michigan State has won 17 of its last 20 matchups with the Hoosiers.

Michigan State's pass rushers vs. a short-handed Indiana offensive line. The Hoosiers are without left tackle Coy Cronk, who is

Indiana: QBs Peyton Ramsey and Michael Penix Jr. Both have played this season, although Penix missed the last two games with an undisclosed injury. Coach Tom Allen expects this to be a game-time decision. Despite using two different starting QBs, Indiana is second in the Big Ten in passing offense.

Michigan State: The Spartans have had their ups and downs offensively, but RB Elijah Collins has shown potential. The redshirt freshman has rushed for 357 yards in four games.

Michigan State celebrates Homecoming this weekend. The Spartans are 67-33-3 in Homecoming games. ... The Hoosiers are 2-9 in their last 11 conference road games. ... Indiana held Connecticut to 145 total yards last week, the fewest allowed by the Hoosiers since yielding 138 to Michigan State in 1991. ... The Hoosiers have forced a turnover in 21 of their last 22 games and had an interception in 12 of their last 14 contests. ... Brian Lewerke has 961 yards rushing for his career and can become the second QB in Michigan State history to throw for 6,000 and rush for 1,000. Drew Stanton was the first.