LANSING, Mich. - The Michigan House has canceled voting sessions scheduled for Wednesday and Thursday after a staffer tested positive for the coronavirus, complicating the Legislature's final days of business in the two-year term.

Speaker Lee Chatfield, a Levering Republican, said Tuesday that the employee works with several lawmakers and committees but “had nothing to do with” a controversial election hearing attended last week by President Donald Trump's personal lawyer, Rudy Giuliani. Trump announced over the weekend that Giuliani has been hospitalized with COVID-19, which led to the cancellation of voting in the Michigan House on Tuesday — a day when Michigan surpassed 10,000 deaths linked to the virus.

It was not immediately clear when the House will meet next. It has canceled four voting sessions in the last month due to infections. The Senate still planned to vote on Wednesday and Thursday.

The Republican-controlled Legislature is scheduled to adjourn next week. Key pending legislation includes a potential COVID-19 relief plan and a proposal to borrow money to finance the state's proposed $600 million settlement with residents of Flint whose municipal water supply was contaminated with lead. 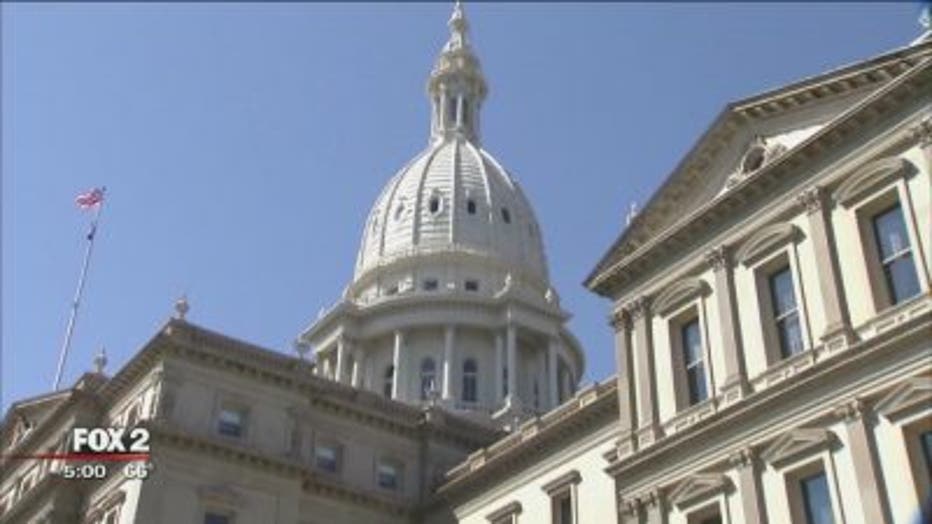 “This person may not have even been a close contact of many representatives, given the timeline. However, some representatives who have been working closely with that person are now choosing to test and isolate, pending results," Chatfield said in a statement. "We are asking everyone to stay home, stay healthy and get tested while the Business Office conducts their usual contact tracing.”

The announcement came the same day that the Michigan Occupational Safety and Health Administration said it has initiated an investigation based on a virus-related complaint from a House employee. Details of the complaint were not made public because it is an open investigation, which could take weeks or months to complete.

The agency's emergency rules require employers to follow safely protocols to protect against the virus, such as mandating masks during in-person meetings.

Ingham County Health Officer Linda Vail reiterated that several people who did not wear masks but were present at the 4 1/2-hour Giuliani hearing, including GOP lawmakers, should quarantine through at least Saturday. She said she had received a number of virus-related complaints from legislators and staffers, even before that meeting.

“There have been grave concerns about crowded meetings, people not wearing masks, people not following basic MIOSHA rules in the workplace,” she said. The county has struggled to ascertain how to address such issues, she said, because it probably does not have jurisdiction over the Capitol building.

Vail added that the Legislature — as an employer — should follow the state's COVID-19 guidelines to protect employees.

Republicans have rejected Democrats' calls to require face coverings at the Capitol, despite the state health department's order requiring them at gatherings. The Legislature is seen as exempt because it is a separate branch of government.

“What a disservice to our residents,” she tweeted. “We should have passed this in April but here we are ... needing to pass critical COVID relief for workers & businesses but unable to meet.”