MACKINAC CITY, MI - The Michigan State Police say they are investigating a case of felony trespassing on the Mackinac Bridge, discovered after photos of the incident were posted on social media.

After Mackinac Bridge Authority staff became aware of photos posted on social media, which were apparently shot from the top of one of the bridge towers, they reviewed an incident where an alarm was activated on the bridge early one morning in early November. Though staff had investigated the alarm, they could not immediately determine how it was activated. When another alarm was activated several hours later, they observed someone leaving the bridge. 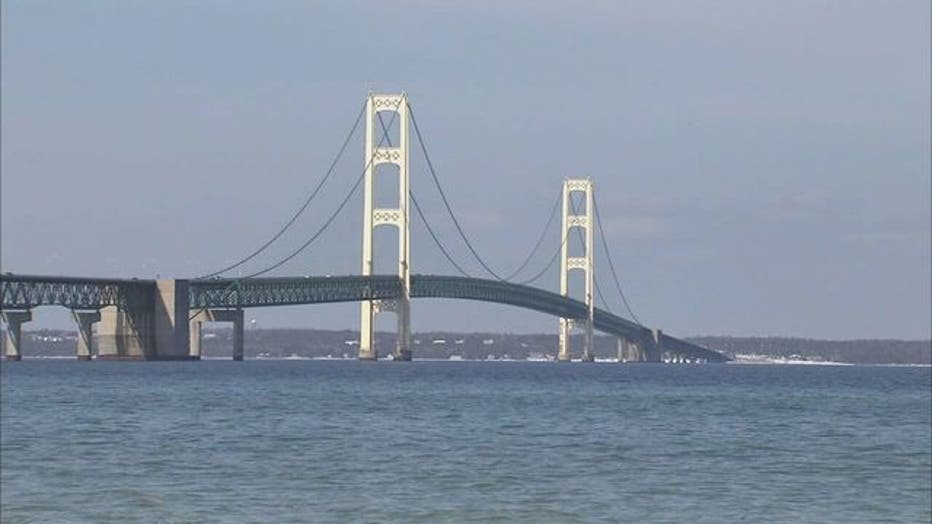 The Mackinac Bridge in northern Michigan

Local police were called to investigate but the person could not be located.

"...this individual risked not only his own life but also the lives of those crossing the bridge beneath him, and would have threatened the safety of emergency personnel and Mackinac Bridge Authority (MBA) staff had a rescue been needed."

Michigan Department of Transportation Director Paul C. Ajegba, a member of the MBA, underscored the need for a thorough examination of security protocols saying "It is very troubling that someone would put their own life at risk not to mention that of others just for photos and thrills on our state's signature bridge."

Michigan State Police Sgt. Gary Demers at the St. Ignace Post said the person responsible could be facing felony charges of trespassing at a key transportation facility. Demers said that MSP will use all of its resources to identify the suspect.