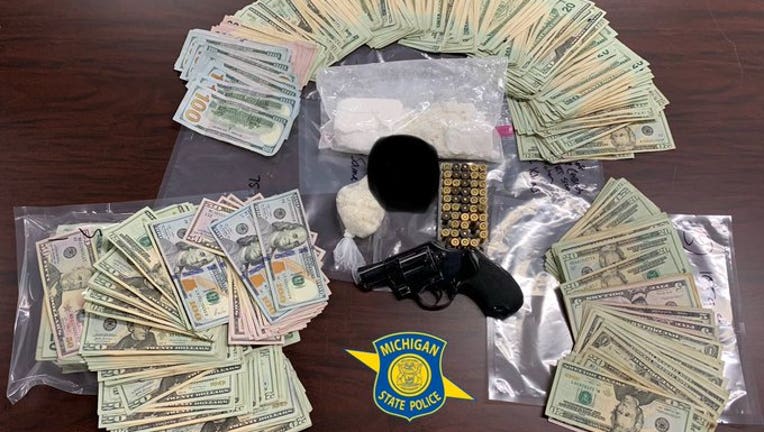 VAN BUREN TOWNSHIP, Mich. - Michigan State Police believe they have caught the drug dealer behind most of the cocaine and crack cocaine in Van Buren Township.

A drug trafficking arrest was made by the state police's narcotics unit was made on July 22.

According to state police, a search warrant was executed in Van Buren Township after an investigation into a suspect that was believed to be selling a large amount of drugs.

The Metro Narcotics Enforcement Team confirmed the suspect was "responsible for supplying most of the cocaine and crack cocaine into the township."