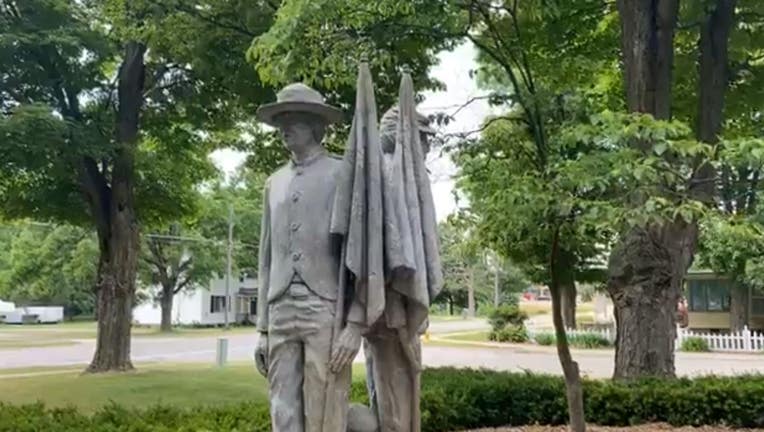 ALLENDALE TOWNSHIP, Mich. - Officials in a western Michigan community have decided not to pursue criminal charges against people who vandalized a statue of Confederate and Union Civil War soldiers with a Black child kneeling between them.

The Allendale Township board on Thursday said proceeding with the case would require time and resources and only create more divisiveness.

The board voted in June to keep the statue in a local park, despite a recommendation from a group that the statue be replaced by one with Union soldiers who are Black, Native American and white.

Calls for the statue to come down began last year following the death of George Floyd in Minneapolis and anti-police brutality protests around the country.