DEARBORN, Mich (FOX 2) - Dearborn drivers are the best in Michigan and among the best in the nation, at least according to a new study from Insurify.

MORE: Michigan has the best drivers

The company that helps drivers compare car insurance rates looked at more than 4.6 million insurance applications from cities with at least 50,000 residents.

The city in each state with the most drivers without any at-fault violations on their records, such as speeding tickets and crashes, was deemed the best driving city.

According to the study, 90.5% of Dearborn drivers have a clean record. And Dearborn was ranked the second best driving city in the United States. The Villages, Fla. was ranked No. 1. 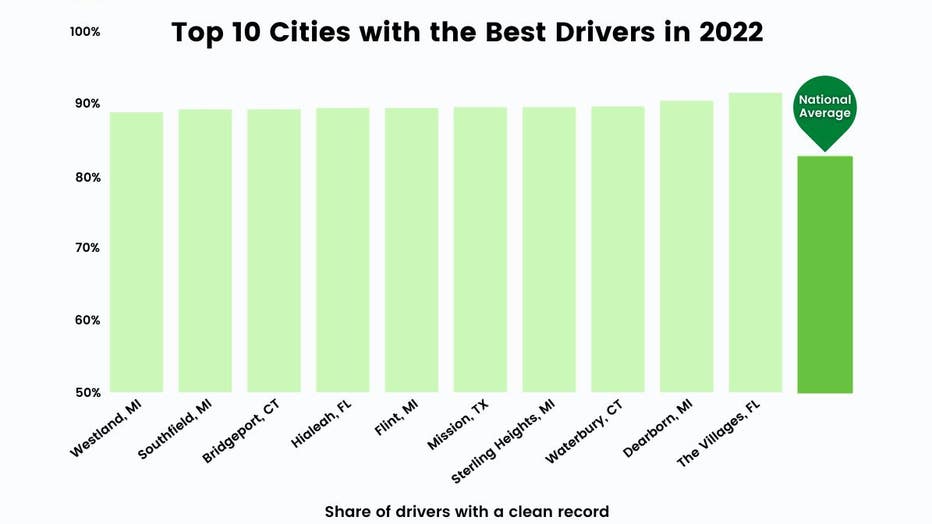 Dearborn Police say after a wedding on Saturday, multiple cars did burnouts, filling a neighborhood with smoke.