ROYAL OAK, Mich. - Restrictions across Michigan for a slew of industries and gatherings are loosening following a brutal period of the pandemic during the winter.

Restaurants, bars, gyms, movie theaters, and casinos are all having capacity restrictions loosened today after a health department order determined coronavirus infection had slowed down.

The state health department's order comes amid preparation for a sharp increase in vaccination supplies that are expected in the coming weeks. Meanwhile, infection rates have fallen to some of the pandemic's lowest numbers since it first arrived.

While the hard numbers offer some relief to businesses begging for more room to host customers, fewer restrictions also feel like a morale boost for some.

"It's about that perception, it's about creating that comfort level," said Norman Mourad, manager of Shield's Restaurant Bar Pizzeria, "and people are now going to show up more because they have a better chance of being seated at 50% instead of 25."

The order will remain in place until April 19. 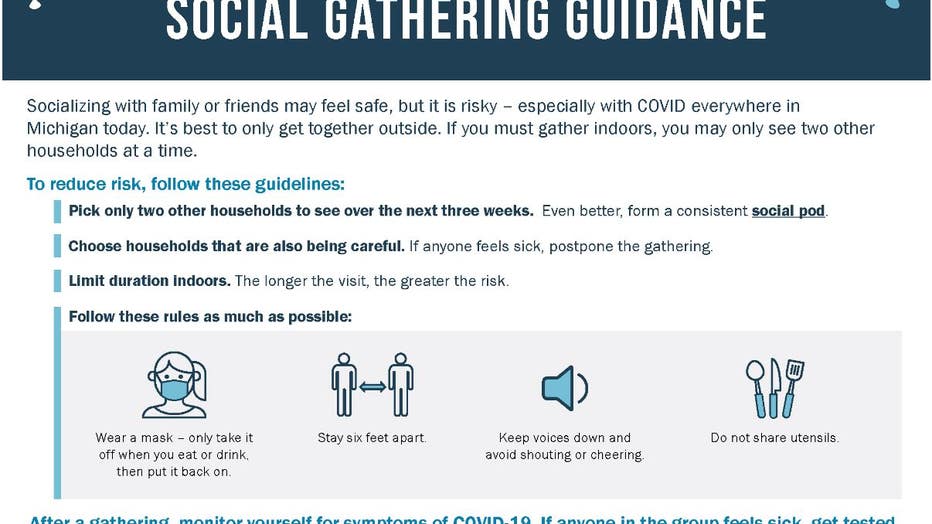 During Michigan's second surge in late fall last year, one of the most common kinds of exposure was between smaller groups that were gathering. Families meeting for the holidays or young people gathering were incidents the health department began tracking with more frequency as infections climbed.

The state's increase in capacity limits for private gatherings is significant as it indicates the level of concern that health officials have for allowing people to congregate together. The state hasn't adjusted those restrictions in months.

Part of the reason is the increase in vaccine coverage for seniors who could experience more severe effects caused by COVID-19. So far, almost a third of the state has been given at least one shot of either the Pfizer or Moderna treatment.

About a quarter of all residents over the age of 75 are fully protected - while half have gotten at least one shot. The numbers are slightly less but still close for people ages 65-74.

With the arrival of the Johnson & Johnson vaccine and announcements from the federal government about enough supplies by April, inoculation is going to ramp up fast. During testimony in front of Congress, executives from the vaccine producers said about 4 million more doses would be coming to Michigan by next month.