Lewis College of Business relocated to Detroit in 1939 as a member of the HBCU - Historically Black Colleges and Universities. But after its closure, there’s a renewed effort to bring life back to this campus.

DETROIT (FOX 2) - It has been closed since 2013, but Michigan's only Historically Black college is getting a new lease on life - thanks to a Portland footware designer.

The Lewis College of Business in Detroit is coming back.

The family of Violett Lewis, the founder of LCB was on hand to see her vision revived Tuesday for the big announcement.

"She initially form the college to get people jobs and now it’s just being taken to another level," said Dr. Violet Ponder, a relative of the school founder.

Lewis College of Business relocated to Detroit in 1939 as a member of the HBCU - Historically Black Colleges and Universities. But after its closure, there’s a renewed effort to bring life back to this campus.

"My belief is that if you really want to do something, nothing is going to get in your way of getting it done," said Dr. D'Wayne Edwards.

Edwards is the founder of the PENSOLE Design Academy in Portland. He and his supporters are working to propose draft legislation for state authorization for PENSOLE Lewis College of Business and Design to be recognized as Michigan’s single HBCU with the intention to become the nation’s first-ever re-opened college of it's kind.

"When you layer in the HBCU element, it is unprecedented," Edwards said.

The school will partner with the College for Creative Studies and will open in March of next year to serve aspiring Black designers, engineers, and business leaders.

"PENSOLE Lewis College of Business is going to be a rare combination that combines career education with higher education," Ponder said.

Among the financial supporters of this new college initiative are Dan and Jennifer Gilbert through The Gilbert Family Foundation. Both were on hand for Tuesday's announcement.

"We have a saying at the Rock family of companies - 'You’ll see it when you believe it.' What you see today highlights the power of partnerships and what can be achieved when you truly believe in something."

"CCS stepped up, and as you heard - Target and the Gilbert Foundation," Edwards said. "Huge supporters in clearing the path to make sure that we’re going in the right direction."

A path Violett Lewis would have approved of, Ponder said. 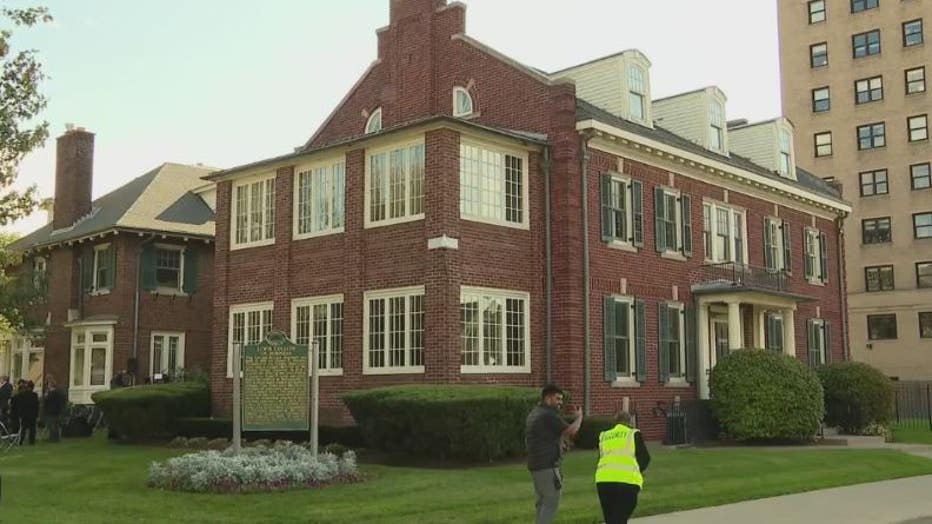 "History repeats itself, follows itself," she said. "So this is a man (Dr. Edwards) who has her determination, has her passion and has that spirit. He embodies everything that she was. I don’t really think of her as a was,  I think of her as an is. Her wind is still blowing in this place."