DETROIT (FOX 2) - Two friends, each with very different backstories, learned how to empower a whole community by using their faith.  Through a unique partnership, they launched the Black Leadership Detroit Fund.

The organization offers grants and no-interest loans to city businesses and non-profits to help them break down those barriers, to make a social impact, and to help them succeed.

They are channeling resources in support of Black-owned businesses.

"We'd get together and talk about the subject of race with people from different backgrounds - walks of life," said

That's how Dwan Dandrige met Kevin and Meghan Armstrong back in 2013. The Armstrongs were new to the city. Kevin, a pastor, had grown up in Flint, and was starting a new ministry at Wayne State University.

"In many ways Dwan was a professor in the seminary of Detroit for me, offering me lessons free of charge," Kevin said.

A mentorship that became a friendship - education and experience for Kevin and Meghan about Detroit and about the Black experience. They learned about the barriers to success that so many in the city are up against - the kinds of issues Kevin and Meghan wanted and needed to better understand.

"There was a burden to teach on racism, to teach on justice, equity - all these topics," Kevin said.

"Really good conversation and really good dialogue need to be happening all the time around these topics," said Meghan.

Dandridge was willing to teach. After all, these are the real-life experiences that his organization -  Black Leaders Detroit - is trying to overcome.

It offering grants and no-interest loans to city businesses and non-profits to help them break down those barriers, to make a social impact, and to help them succeed.

And now they'll be able to invest even more. The Armstrong family and their ministry have been called to Colorado and are leaving their Detroit home.

The Armstrongs knew they wanted to use some of that money from the sale of their house to make a difference - and that's when their old friend and mentor approached them about how he thought they could do just that.

And so the Armstrongs wrote a check to Black Leaders Detroit for $100,000. 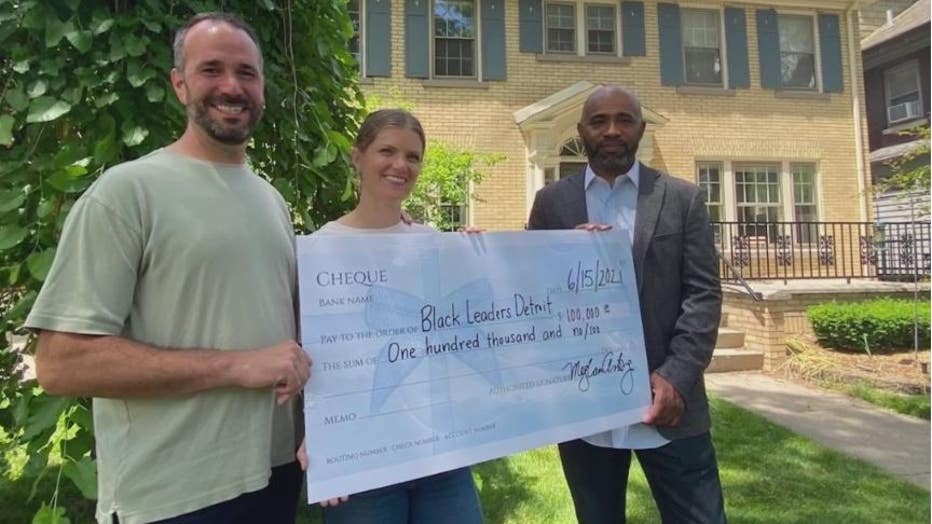 "It felt like God had just provided and gave us a gift on a platter, and seemed even just appropriate - this is what you should do

Funding that will be used to offer no-interest loans to Black developers doing work that makes a difference - just like that donation.

"You see the impact of the work that Dwan and Black leaders of Detroit is doing and yes, it felt like a no-brainer," Kevin said.

I just think there are a lot more Detroiters out there that may not be able to give $100,000, but we start off at a dollar a week donation," Dandridge said.