Woodhaven senior returns from broken neck to swim with his team

To his family and community, Cooper Eckert is a walking and swimming miracle. That's because at one point, doctors didn't know if Cooper would ever do either, again.

To his family and community, Cooper Eckert is a walking and swimming miracle. That's because at one point, doctors didn't know if Cooper would ever do either, again.

Back in May 2020 Cooper dove into his family's pool when he hit his neck and chest.

"He was like, 'No I can’t feel my body at all.' It’s really scary, you don’t know where to go from there, you just freak out," Savannah said.

FOX 2 originally caught up with Cooper a couple of months into his recovery. From the very beginning, he was determined. 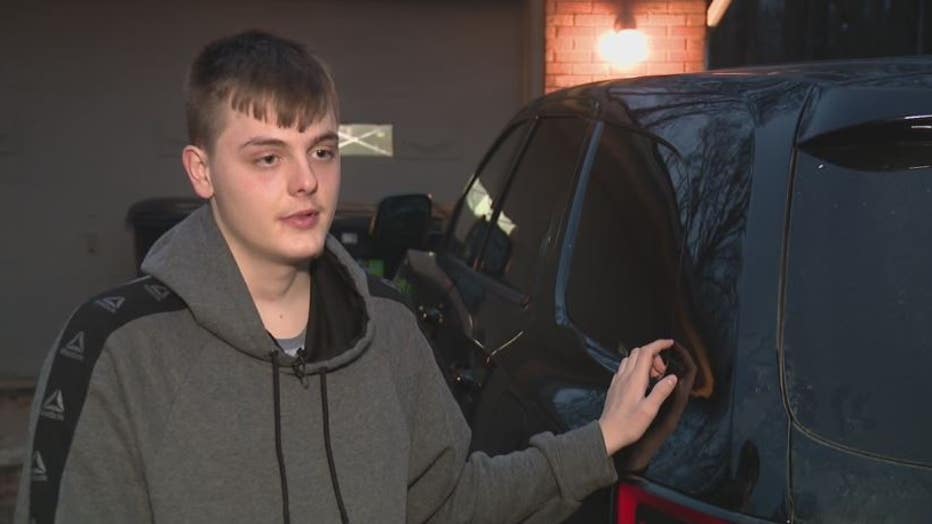 "I think that drives me the most, is being able to swim with my teammates again," he said. 'That’s my biggest motivation, to swim with them."

That determination carried Cooper through 18 months of physical therapy. And on Tuesday Cooper's dedication paid off.

With his swim team and the crowd cheering him on, Cooper competed in his first meet since the accident and finished the 50 meter freestyle in just 45 seconds.

"I was just excited to be back in the water - I just wanted to get the best time I could," Cooper said.

"Got in the pool, jumped in, took off like he didn't even miss a beat," Savannah said. "He came back and I was like in awe." 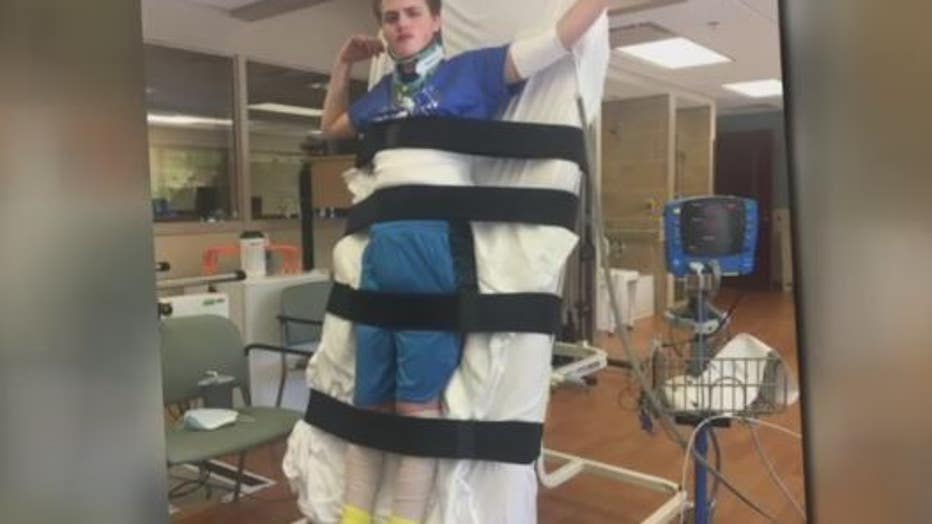 For Cooper, this swim meet is only the beginning. Meanwhile, he and his family are now taking in every moment of their miracle.

"If you're going through the same thing, the only thing you really have to do is just keep pushing every day," Cooper said. "You can't ever give up."

Cooper and his family tell us they are incredibly grateful for the staff at Beaumont Hospital in Taylor. The family credits their hard work with helping get him back in the water. 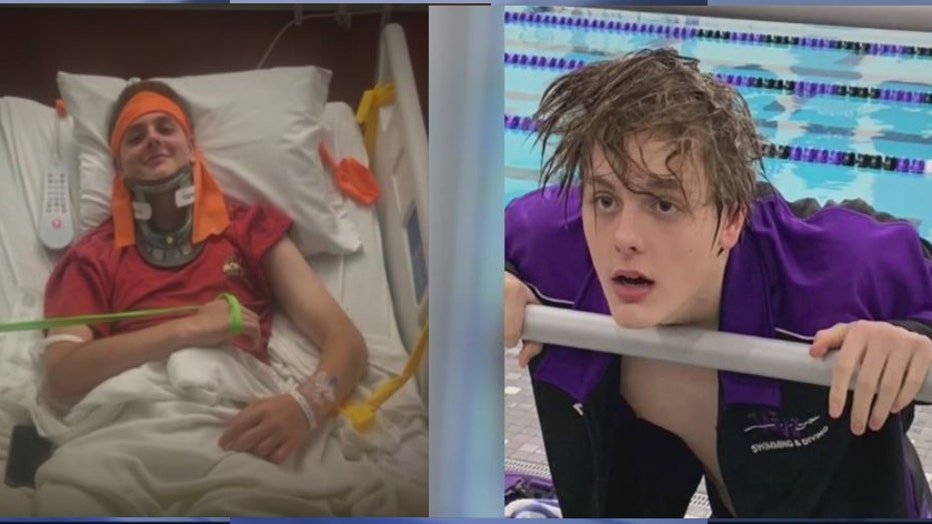