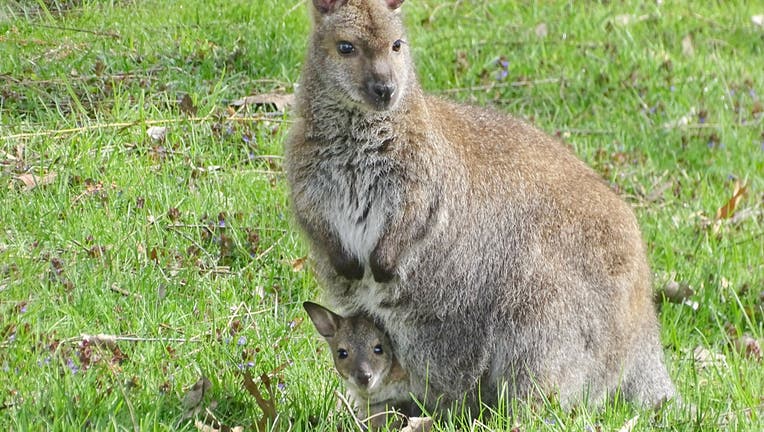 ROYAL OAK, Mich. (FOX 2) - The Detroit Zoo announced on Sunday that a 5-month-old wallaby joey is missing from its enclosure.

On Friday, the zoo posted on their Facebook page that a wallaby had given birth to her first joey and that it had started to leave mom's pouch for second's at a time.

The joey was last seen by animal care staff at around 5p.m. on Saturday, according to the zoo. It was discovered missing from its habitat early Sunday morning.

"Immediately, animal care staff began a detailed search in and around the Australian Outback Adventure habitat and reviewed trail camera images in the area," said the Detroit Zoological Society. "Security staff reviewed surveillance video from all over the Zoo.

The zoo says because of the joey's age, it's unlikely that it can survive an extended amount of time away from its mother.

"The search continues, because at his or her age, the joey is just beginning the process of independence by spending time outside the pouch, and is still nursing and spending time in the pouch," said the Detroit Zoological Society. "We are reviewing every potential scenario and remain hopeful the little joey will be found unharmed."