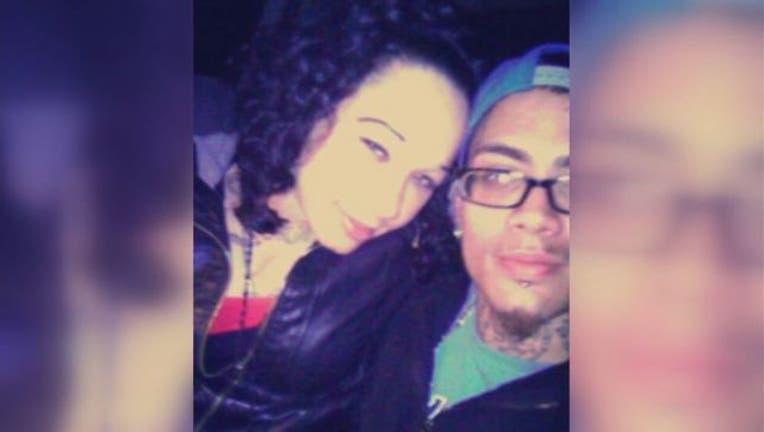 DETROIT (WJBK) - Wayne County medical examiners have identified a man and a woman who were found deceased inside a fire at an abandoned home late Monday night. They've been identified as Andy Maldonado, 26 of Detroit, and 24-year-old Mariah Rasnick, a Detroit mother who's been missing since Saturday.

Their bodies were found when firefighters cleared the scene just before 11 p.m. Monday in 8000 block of Mettetal Street, which is near Greenfield Road and Tireman Avenue. They were found shot to death, authorities say, and that the fire was an attempted cover-up.

The medical examiner says both Maldonado and Rasnick are homicide victims, and that both had multiple gunshot wounds. Maldonado also suffered a shotgun wound to the head.

Rasnick and Maldonado had been missing since Saturday night. Her family spoke to FOX 2 just last night and told us that she had been dating Maldonado for about a year.

The morning after Rasnick disappeared, her apartment caught fire and her van was also found abandoned and torched.

Detroit police confirm a suspicious fire occurred at her apartment on Central Street, and that investigators found casings, bullets and blood when the fire debris was cleared. At this point in the investigation, Detroit police believe the suspect or suspects killed the victims at the apartment and then brought the bodies to the abandoned house before setting it on fire.

Police say the caller who reported the fire at the abandoned house to 911 saw two men driving away from the scene in a dark-colored GMC Envoy. Police are reviewing surveillance video in the area.

Police say they aren't sure of a motive yet.

Rasnick is a mother to two children, 7 and 3 years old. The children have been staying with Rasnick's mother while she has been missing. The children were being watched by a family friend when Rasnick disappeared.

This is a developing story. FOX 2's Ingrid Kelley will have the latest details on the investigation tonight on FOX 2 News beginning at 5 p.m.