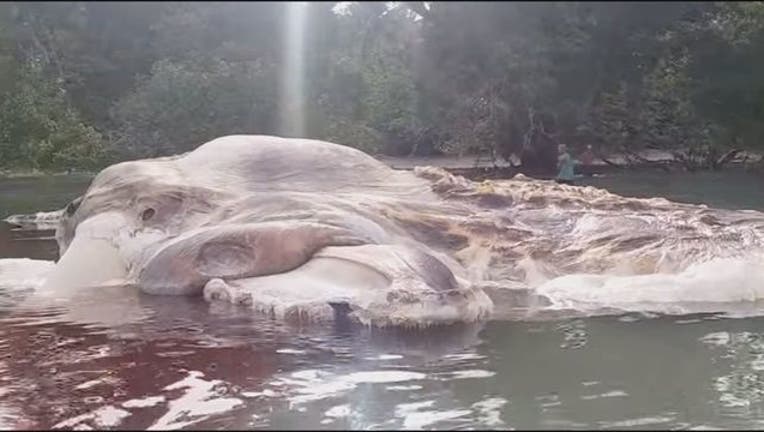 A giant sea creature washed up on Indonesia's Maluku province and people do not know what kind of animal it is.

People have been flocking to the beach to get a glimpse of the monstrous sea creature.

However, as the days go by the stench of the decaying body worsens! Locals have asked the government to step in and help get rid of the body.

While social media thinks it's a giant squid or a humpback whale, it is unclear as to what kind of animal it may be.

In an interview with the Daily Mail, Marcus Chua, Sourtheast Asian mammal researcher, said it  is not a squid.

"Getting questions from the media about a large carcass off Indonesia. Not a giant squid!"

One thing is for sure certain, it's pretty creepy!

What do you think it is?