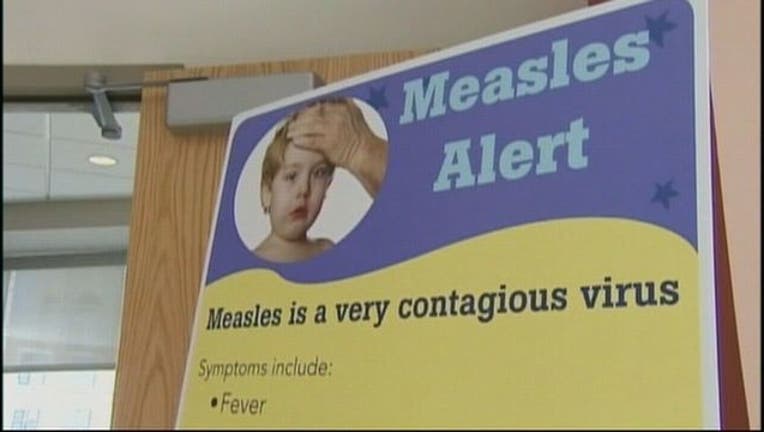 OAKLAND COUNTY, Mich. (FOX 2) - Michigan officials have released more locations that individuals may have been exposed to measles in Oakland County, following a confirmed a case of travel-related measles in an individual visiting from Israel.

The new locations include several spots in Southfield and Oak Park between March 5-13. You can see the full list of potential exposure dates and locations below.

Individuals who were possibly exposed are advised to watch for symptoms for 21 days after exposure. If symptoms develop, it's crucial to call ahead to the healthcare provider you plan to visit so they can take precautions to prevent exposure in other individuals.

Measles is a highly contagious, vaccine-preventable disease that is spread by direct person-to-person contact, and through the air by a contagious person sneezing or coughing. The virus can live for up to two hours in the air where the infected person coughed or sneezed. Symptoms of measles usually begin 7-14 days after exposure, but can appear up to 21 days after exposure.

Symptoms include high fever; cough; runny nose; red, watery eyes; tiny white spots on the inner cheeks, gums, and roof of the mouth; and a rash that is red, raised, blotchy.

The following are dates and locations that officials say individuals may have been exposed to measles: