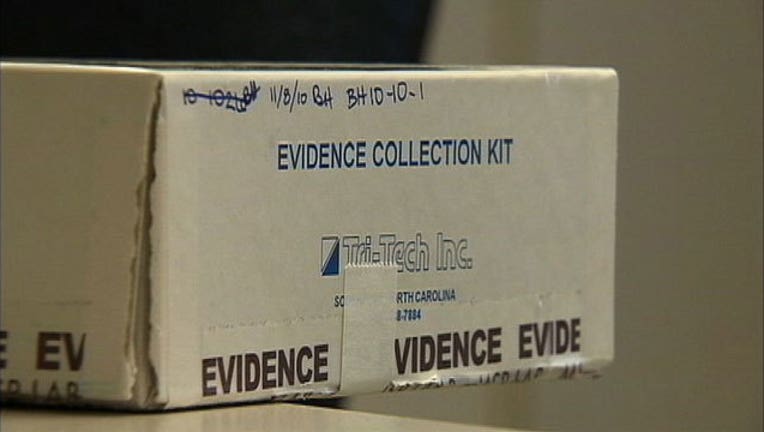 DETROIT (AP) - A second backlog of more than 500 untested Detroit rape kits languished in storage for years after more than 11,000 other unprocessed evidence packages were discovered in a warehouse in 2009, prosecutors say.

The additional rape kits were collected by Detroit police in 2010 and 2011, and eventually sent for testing in 2015.

That delay allowed one suspected serial rapist whose DNA was collected in a 2010 rape kit to go uncharged in one rape for nearly seven years. He wasn't arrested until January, after he'd allegedly attacked another victim in 2011.

The issue of rape kits continuing to go untested after the 2009 discovery wasn't announced by the Detroit Police Department. Instead, it was revealed by the Fair Michigan Justice Project, a partnership between the nonprofit LGBTQ advocacy group Fair Michigan and Wayne County Prosecutor Kym Worthy's office.

That group announced on Jan. 25 the arrest of a 46-year-old man accused of taking part in the gang rape of a homeless, lesbian woman in 2010; and the 2011 kidnapping and rape of another Detroit woman.

That man's DNA has been on file since 2006 in a national DNA database that's accessible to prosecutors and law enforcement.

Worthy said that if the rape kit submitted to Detroit police by the 2010 victim had been tested in a timely manner, authorities might have been led to Thornton before the second rape occurred.

"How that happened or why that happened, you would have to ask the Detroit Police Department," she told MLive.

The 555 rape kits collected after 2009 weren't sent directly to a Michigan crime lab but directly to out-of-state labs specifically handling the 2009 backlog.

Woody did not explain what happened to those rape kits, but he said no one has been or would be punished over their handling.

"The fact (that) they were not being tested was a result of many different factors. It was not a matter of officers not willing or intentionally neglecting their duty," he said.

Of the 555 rape kits sent for testing in 2015, 135 yielded DNA profiles that matched samples already on file in the national database, the Wayne County Prosecutor's Office said. Another 420 kits lacked adequate evidence to create a DNA profile.

Worthy said earlier this month that testing of the pre-2009 kits resulted in 78 convictions and the identification of 784 suspected serial rapists believed to have committed sex assaults 10 to 15 times each.