FOX 2 - Mothering Justice is an organization working to uplift voices of mamas of color holding its yearly Mama's March for the second year in a row virtually - but their push for change has not wavered.

"We focus on issues that disproportionately impact mamas and families," said Eboni Taylor.

Mothering Justice is an organization working to uplift voices of mamas of color holding its yearly Mama's March for a second year in a row virtually - but their push for change has not wavered.

"Our guiding light for this work, is our Mama’s Agenda which is our policy agenda," Taylor said. "We’ve seen women’s issues and mama’s issues ignored."

One of those key issues they say, is childcare.

"Childcare is based in misogyny and racism and has never been taken too seriously with deeply impacting public policy," Taylor said.

"The work you have been doing to fight for policy change across the country gives us hope," Whitmer said.

The governor believes support for policies impacting mothers can come from  through the American Rescue Plan.

"My budget proposal uses the rescue plan to invest in children and the next generation," she said. "The reality is, this budget needs to be passed by the Michigan Legislature.

"Mothering Justice is working long and hard to do our part to influence some of the $5.9 million that Michigan is set to receive from the American Rescue Plan," said Aqeela Muntaqim, Mothering Justice.

Another key issues for Mothering Justice is pay equity for women.

"As a former union organizer, I’m thrilled to see President Biden call on the Senate to protect the right to organize or PRO Act, so workers can bargain collectively for higher wages," said U.S  Rep. Andy Levin, (D-Dist 9).

As Mothering Justice continues its fight to change, they encourage mamas to make their voices heard by contacting your state and federal lawmakers. 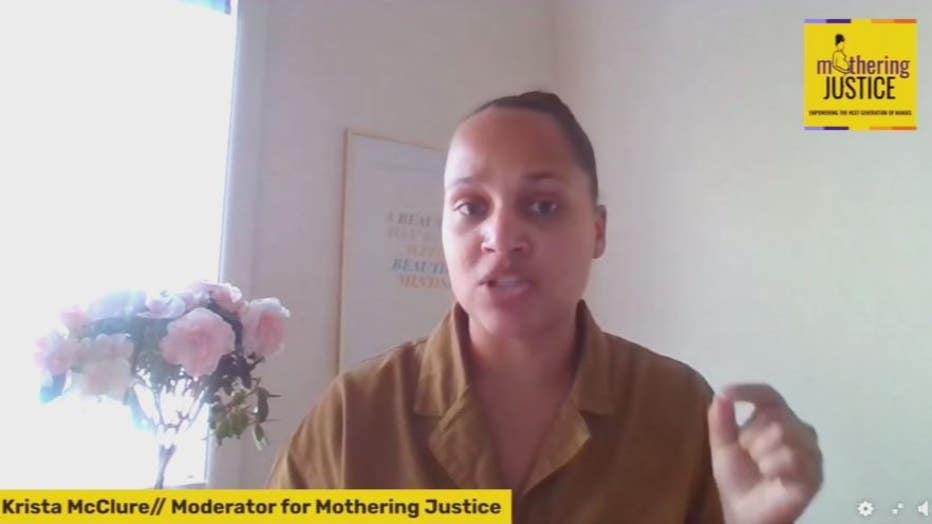 "We’re making calls because the Mama's March is really critical to us, as well as the Mama's agenda," said  Krista McClure, Mothering Justice.