Mother Holden was born Lois Russell in Alabama on Feb. 2, 1910. This week, it's been three days straight of birthday parties. She was grateful as she attended yet another one on Monday at the Detroit Association of Women's Clubs.

"I knew God was good but I didn't know he was so good," she said.

She was one of the first singers to sign with Motown around 1960 as part of the Gospel Stars.

"We went everywhere, singing God's songs, and I praise God for it," she said.

She says she still sings in the morning when she wakes up. She was surrounded by her family, including her nephew Johnny, who traveled in from Alabama.

Granddaughter Michelle Williams is always by her side.

"She could write a history book because she really knows what happened," Michelle said.

"Honoring a phenomenal woman - a courageous woman - a woman who has impacted music history, business history, political history," he said.

Mother Holden was awarded the seal of the State of Michigan, signed by all 110 members of the State House. The woman who picked cotton to earn her money to make her way to Detroit all those years ago got married, raised a son who sang with the Stylistics, worked as a maid and raised their children, too. 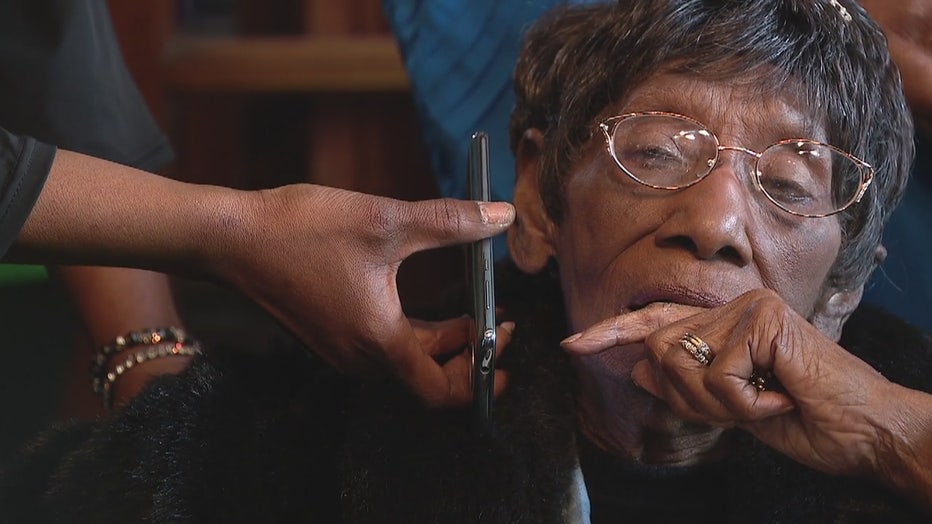 She's got big plans, like going to the state capitol and maybe even Birmingham. But for now, she's offering some advice for the rest of us. Mother Holden says it's all about your relationship with the Lord and with the people around you.