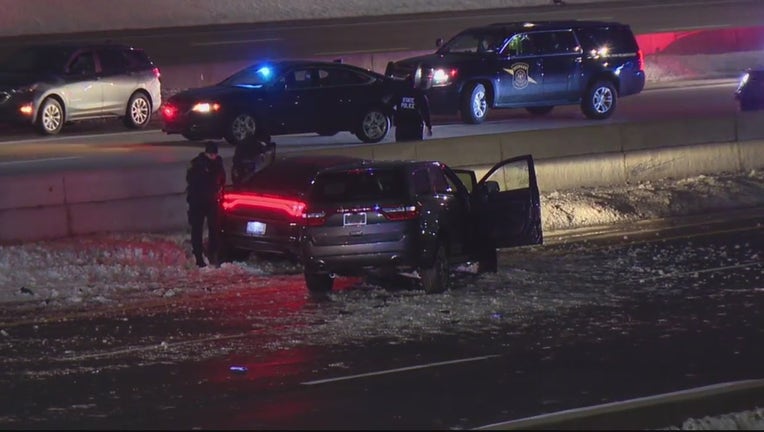 Michigan State Police said two people were shot and killed Monday night and a man who ran from the scene was hit by a passing driver.

DETROIT (FOX 2) - Michigan State Police said a woman who they said was dead after being shot on I-96 on Monday is not, in fact, dead and family members say she's stable at a Detroit area hospital.

The woman was with her boyfriend when she was shot on I-96 near Schaefer Monday night around 10 p.m. Her boyfriend died at the scene.

She was taken to the hospital and was not expected to survive. MSP told FOX 2 that she had been pronounced dead at the hospital. Lt. Mike Shaw said in an interview with FOX 2 that she was on life support and final efforts were being done to donate her organs Tuesday.

However, on Wednesday, her family contact FOX 2 and informed us that she had, in fact, survived the shooting. Not only that, Michigan State Police sources said that she's expected to be taken off the ventilator.

Her family said she's currently stable at the hospital.

Priscilla Kaiser was driving on I-96 near Schaefer immediately after it happened. She said she came upon the scene but didn't know what exactly was happening.

She slowed down and saw a man lying in the middle of the road. MSP said that man had been shot to death. On the side of the road was his girlfriend and she was calling on Kaiser to help.

"The lady kept asking for help and for me to help and I got over to her and she was bleeding really bad. She kept telling me that she just had a baby," said Kaiser. "I sat on the ground next to the car with her head on my lap, she was bleeding pretty bad."

The cars stopped and the driver of the Charger got out and tried to run. He hopped the median but landed in traffic where he was hit and killed by another driver. Police said he is not at fault.

"We are not sure what the relationship between these folks were or exactly what the motive was," said Shaw.

The woman who Kaiser helped later died at the hospital from her gunshot wounds.