Izzo released a statement announcing his positive test Monday, saying he has minor symptoms but overall remains in good health. 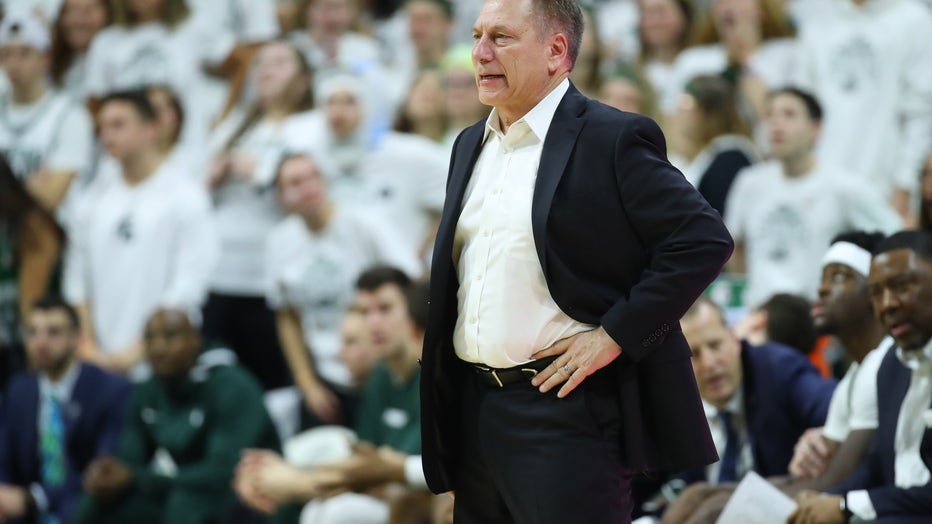 Izzo says he tested positive for COVID-19 Monday morning and isn't sure yet how he contracted the virus.

During the Big Ten's daily antigen testing on Monday morning, Izzo had a presumptive positive test, which was confirmed by a PCR test, the university said.

"I've been extremely diligent for many months now, wearing my mask in public and around the office, while adhering to social distancing guidelines. I've been racking my brain, trying to figure out if there was a time where I let my guard down for just an instance. And while I haven't identified any area of exposure, what I have determined is that this shows the power of the virus. You'd be hard pressed to find a coach who's taken more precautions that I have, following all the protocols put in place by our medical team, and yet I still contracted the virus," Izzo said.

FOX 2's Dan Miller talks about Tom Izzo's positive test for COVID-19 and what it means for the season.

Izzo said he'll remain in contact with his staff and the players. Associate head coach Dwayne Stephens will run practices.

He also urged everyone to continue taking precautions in their own life.

"I appreciate the support from my family, my team and the Michigan State fan base, but if I could ask for one favor, I'd urge everyone to continue to listen to the medical experts and follow their adice. I'm proof that no one is immune, but I still believe that there are steps everyone can take to reduce their chances of contracting the virus."

No other members of the MSU basketball program have tested positive since Big Ten daily antigen testing began on Oct. 26, including Izzo testing negative each time until Monday morning.