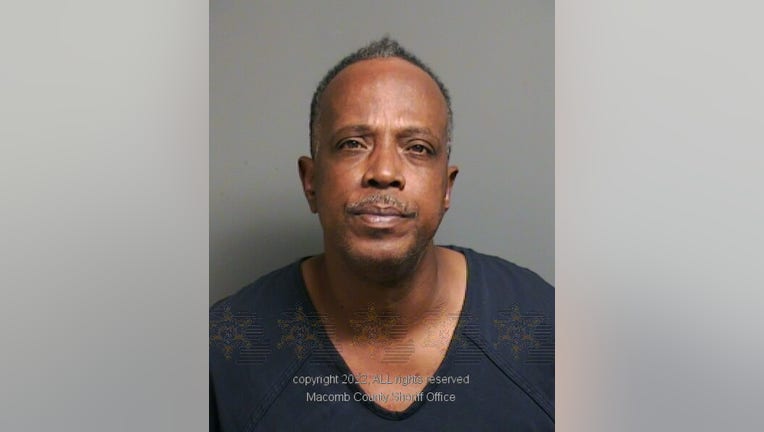 Mt. Clemens resident Dwayne Lester, 64, was taken into custody after a standoff with police.

MT. CLEMENS, Mich. (FOX 2) - A Mt. Clemens man has been charged with more than two dozen crimes including attempted murder after a standoff with police unfolded Monday at a condominium.

Dwayne Lester, 64, was hit with 26 counts after he was arrested inside his home by Macomb County Sheriff deputies. Police had originally responded to the scene when a neighbor said Lester brandished a weapon and threatened to shoot her when she tried talking to him about his dog.

The call came in just before noon on June 4. It escalated after the gunman exited the building and began shooting at police.

He was later struck by gunfire that came from one officer who had returned fire after Lester shot at an unoccupied squad car.

On scene were crisis negotiators, a SWAT presence, and unmanned aerial units at the complex on Clinton Street, era Gratiot and Market Street in Mt. Clemens. The suspect did confirm with negotiators during a brief phone call that he had been hit.

Officers pleaded with the man to exit the building and receive medical treatment. The suspect instead broke out a window and exited onto a balcony and fired more rounds. He then returned inside the building.

Meanwhile, several tenants in the complex were also evacuated.

After a period of time when no contact was made, both SWAT units and a tactical robot entered the building. The suspect was observed on the couch and was taken into custody. He appeared to have a gunshot wound to his right arm.

He was taken to a hospital for treatment and remains in custody.

The charges include 11 felony firearm counts, 10 assault with a dangerous weapon counts, as well as assault with intent to murder.

Lester's next court date is July 19, as well as a probable cause conference on July 8.