The messages prompted school administrators to take action, closing the secondary complex on Friday which houses the middle school and high school located on the second floor.

MT. CLEMENS, Mich. - A Macomb County high school is closed Friday following a report of a threat found inside one of the buildings.

The sheriff's office confirmed that a threatening message was found inside Mt. Clemens High School a day before.

The county sheriff said the threatening message was found on the desk of one of the classrooms, indicating a school shooting would take place Friday. A search of the building produced a second similar message on a separate desk.

Administrators say those who are found responsible could face serious consequences. For now they sent a note home to families saying they do not believe the threats were credible because there have been no cases of activity like bullying or fighting

As the investigation continues, it’s unclear if this incident is connected to the cancellation of Mount Clemens High School’s homecoming football game which was called off for Friday because of a referee shortage.

The Michigan High School Athletic Association said it has seen a bigger than usual decline in officials from the previous year. COVID-19 is among the reasons why.

Despite the incident closing the middle school and high school on Friday, administrators say the homecoming dance will still take place on Saturday night in the courtyard.

"We will have extra security," said Monique Beels, superintendent, Mount Clemens Community Schools. "The police will be here Will be able to control who comes in and out." 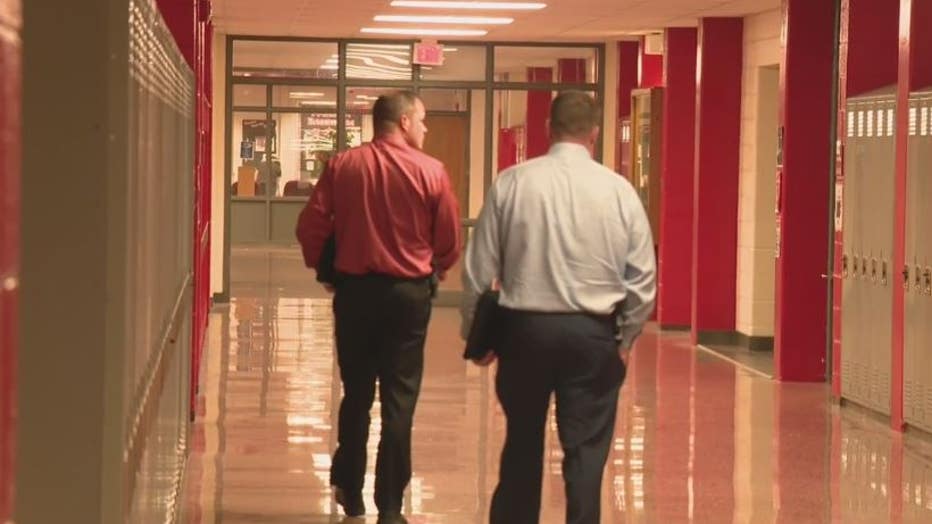