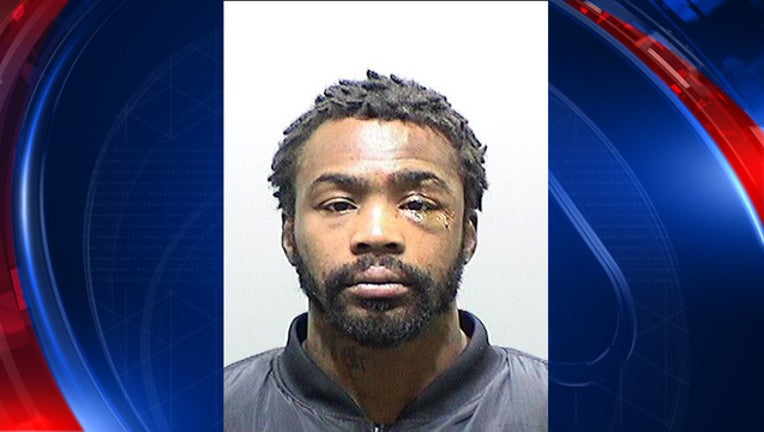 (FOX 2) - A Highland Park man has been charged with murder and fleeing the scene in a crash that killed an innocent couple from Detroit on Tuesday.

According to the Wayne County Prosecutor's Office, 32-year-old Allivas Dondi Kyles was charged in the death of Detroit residents 61-year-old Sherman Wright and his girlfriend 52-year-old Eugenia Frison.

Officials say police were driving in a marked car and flagged down to the scene of a two-car crash around 5:46 p.m.. May 14 at West Seven Mile Road and Coyle. Wright and Frison were found unresponsive and later pronounced dead, while the other driver fled the scene on foot.

Surveillance video from a gas station on the corner of 7 Mile and Coyle showed three cars driving very fast and very close together just before the crash. Police say they were speeding and running and red light when they crashed into a car, killing Wright and Frison.

Though he fled on foot, Kyles was located within an hour of the incident thanks to a tip caller. Police are still trying to find the other two drivers involved.

Kyles has been charged with two counts of second-degree murder, two counts of operating while license suspended/revoked/denied causing death, and two counts of failure to stop at an accident when at fault resulting in death.

Assistant Detroit Police Chief David LaValley would not say definitively that they were street racing.

"I don't know if these individuals knew each other, didn't know each other. whether or not it was an organized drag race, in their mind, I don't know," LaValley said. "People driving at high rates of speed and they're not able to control their vehicle. this is one of the consequences of that types of action a lot people don't think about. they take innocent individuals and their lives, unnecessarily.

Kyles is due in court May 29 for a probable cause conference before Judge Lynise Bryant in 36th District Court.