ST. CLAIR SHORES, Mich. (FOX 2) - Friends of Nicole LaRocca will tell you she didn't have the perfect marriage. They said her husband had a temper and they fought. But they never thought he was capable of killing her.

"No it isn't (something we saw coming), I knew he had a temper and I knew he had some anger issues,” said Melissa Jones, LaRocca's friend.

Friends of Nicola LaRocca will tell you she didn't have the perfect marriage.

"She would call me sometimes crying when they got into fights, I knew some of it," Jones said. "But she really wouldn't listen to advice."

Police were called to the murder scene, a family member's Clinton Township home shortly before the shooting. There were reports of people arguing, but the couple denied it to officers. An hour later police were called back and found Nicole lying in the living room, shot in the face at close range with a shotgun.

Wonsowicz was pacing in his boxers, racking a shotgun on the front lawn before he was arrested and charged with murder.

"When she loved someone she would love them with her whole heart. They could do her wrong and she would still love him," said Shelby Robbins, LaRocca's friend.

On Thursday night about 100 people gathered at St. Clair Shores Park to remember their beloved Nikki. 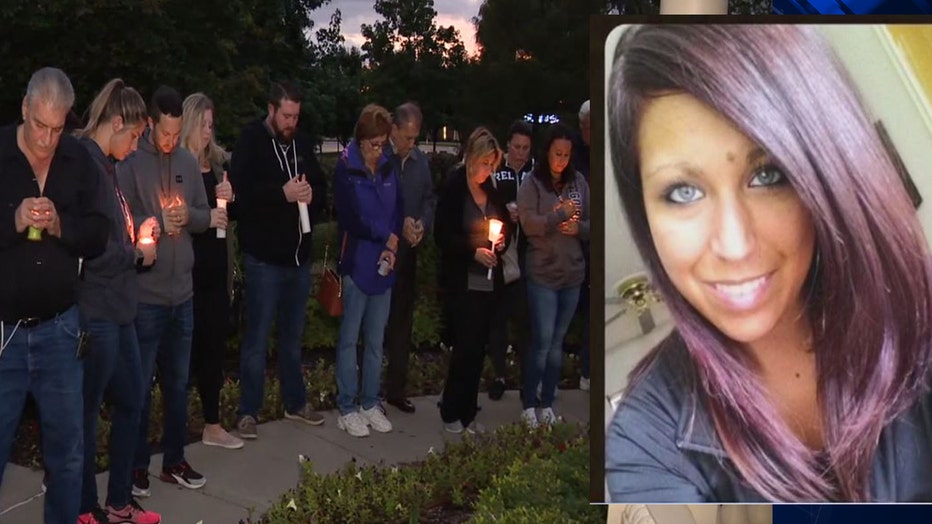 "She was upbeat, she was bright, she was giving, she was just a good person," Bejma said.

LaRocca's family didn't want to go on camera. Her mom told FOX 2 this simply never should have happened. The man LaRocca trusted now locked up without bond.