DETROIT (FOX 2) - Detroit police are looking a masked shooter after a home is riddled with bullets on the city's west side.

Whether or not they were the intended targets, a mother and her infant child were both hurt in the shooting.

A shattered front window, a front door littered with bullets. In the light of day, Gregory Little got a good look at what he heard next door Tuesday night at 7 p.m. on Freeland Street near McNichols.

But as soon as the gun went quiet, he didn't hear anything else, including no screams for help.

No tires screeching away.

"I didn't see anything -- wasn't any car, no one running," Little said.

After the shooting, police came by to mark off evidence, even bringing a K9 officer to help track down the suspect.

Police said there were at least three people inside the home when a man wearing a mask came up to the front door and opened fire.

A 23-year-old woman was hit taken to the hospital in critical condition. Police say she was holding a 1-month-old baby girl, who was grazed by a bullet.

The third person, another 23-year-old, was unhurt. Gregory Little says at any given time there are always a number of kids at that home. 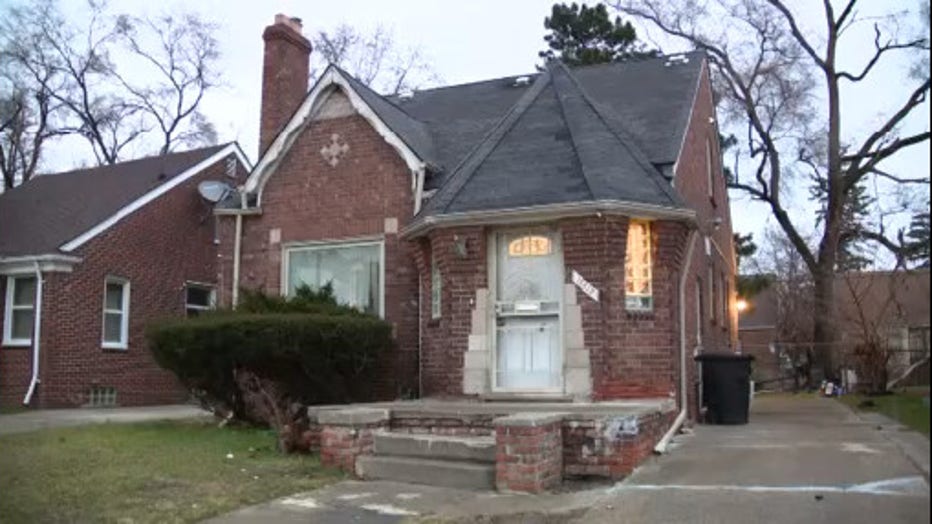 "They come over when they need a repair on their bike, I have a basketball court. I will let them play back there," Little said.

Given the 18 shots he heard and looking at the damage to the house, he shudders to think how bad this really could have been.

Little says even though he has lived at his home for three decades, this latest shooting may be it for him. He tells us he plans to start looking for a new place to live.

Detroit police are asking anyone with information to call the department or Crime Stoppers (1-800-SPEAK-UP).