ECORSE, Mich. (FOX 2) - Neighbors on High Street in Ecorse are breathing a sigh of relief on Friday after police were seen raiding and shutting down a known drug house.

Officers were getting high-fives from people in the neighborhood they came over and thank them. Michigan State Police, along with eight local agencies and the feds, raided the home near White Street on Thursday night.

Officers were getting high-fives from people in the neighborhood they came over and thank them. Michigan State Police, along with eight local agencies and the feds, raided the home near White Street on Thursday night.

"I was just getting ready to leave and go to the store, and they started beating the door in," said Michael Larcinese.

Larcinese said he was visiting his sister, 52-year-old Lisa Suggs, who owns the home, when police arrested her and two others. He said he only knew a little bit of what was going on there.

Police say they found crack cocaine and heroin, packaged and ready to be sold. There were 13 people inside during the bust.

"Most of them were either high or some of them were actually overdosing. We actually had to administer Narcan to somebody who was out of it," MSP Lt. Mike Shaw said.

Police say they've gotten numerous complaints from neighbors of drug sales, overdoses, and prostitution. One neighbor says her sister overdosed and died in the home in June, but those inside didn't call anyone and just put her body outside and covered it with a sheet.

Neighbors say a blue painted message on the house reading LS and a heart was a sign for buyers to get their drugs at the back door.

Larcinese says his sister has been in and out of rehab, but he didn't know she'd been selling drugs, too. 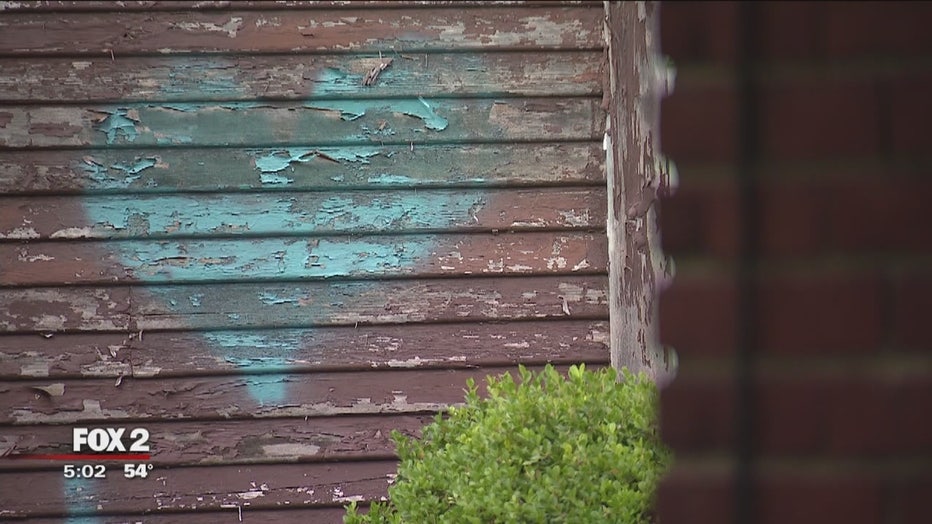 "It's a shame. She was an honor student in high school. She was beautiful. I don't know what happened, she just fell apart," he said.

Larcinese says he hopes his sister can get the help she needs. Meanwhile, neighbors are happy it's over.

"They're angles in disguise. They do their job and they do it well. We thank them," one neighbor said.