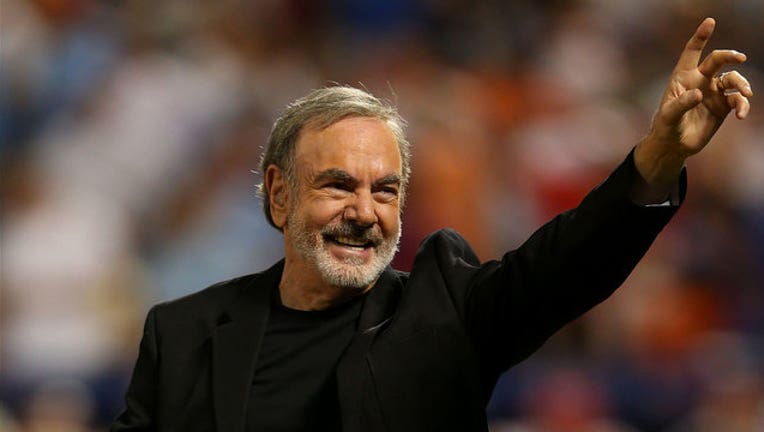 Singer Neil Diamond performs during the 84th MLB All-Star Game on July 16, 2013 at Citi Field in the Flushing neighborhood of the Queens borough of New York City. (Photo by Mike Ehrmann/Getty Images)

NEW YORK (AP) - Neil Diamond is retiring from touring after he says he was diagnosed with Parkinson's disease.

Days shy of his 77th birthday, the rock legend is canceling his tour dates in Australia and New Zealand for March. He was on his 50th anniversary tour.

The Rock and Roll Hall of Famer offered his "sincerest apologies" to those who planned to go to his shows and says he plans to still write, record and work on other projects "for a long time to come."

Diamond turns 77 on Wednesday and will get the lifetime achievement award at Sunday's Grammy awards.