This has the potential to shake up the race for attorney general.

LANSING, Mich. (FOX 2) - In a major announcement, the state Attorney General has referred a criminal case involving unauthorized access to voting machines to a special prosecutor following an investigation by department and the Michigan State Police.

Allegations of illegal third party access to tabulators from several Michigan township election offices was identified by the Michigan Secretary of State, which first sent a request for an investigation in February, 2022.

Among those named in the probe include Matthew DePerno, the supposed Republican nominee for Attorney General, state Rep. Daire Rendon (Lake City), and Dar Leaf, a Michigan county sheriff whose involvement in the unauthorized seizure of voting tabulators has been reported before.

DePerno's status as a candidate for attorney general is cited as a "potential conflict" of interest in the case, prompting the investigation to be turned over to a special prosecutor.

"Nobody did anything wrong," DePerno said. "The statute is very specific. The statute says that people can't have unauthorized access during the election, or following the election - up to the time that the vote is certified. It's very clear on that point. But also, we are a state that allows local clerks to make their own decisions. And to the extent, they gave permission to people to look at machines - that's not illegal also.

"So I don't see in the case how anyone did anything wrong, this simply appears to be Dana Nessel doing what Dana Nessel does - which is using the power of her office to attack her political opponents."
According to a clerk in Roscommon County, they were told by Rendon that state House of Representatives was "conducting an investigation in election fraud."

The tabulators seized by the individuals were then taken to hotels or Airbnbs in Oakland County where four other individuals "broke into the tabulators and performed ‘tests’ on the equipment." DePerno was in the hotel room during the procedures, the attorney general said.

Those involved could face charges including:

The development has big implications for the 2022 Midterm elections in Michigan, which have already seen their fair share of drama during the primary election season.

In a post on Twitter, Michigan Secretary of State Jocelyn Benson said there "must be consequences for those who break the law to undermine our elections & further political goals."

"I’m thankful to @MIAttyGen for conducting an investigation into the tampering of our secure voting machines & referring the case for prosecution," Benson wrote. "The election clerks of this state do their jobs with professionalism and integrity, and we will continue to ensure they are equipped with a full understanding of the legal protections in place to block bad actors from pressuring them to gain access to secure election systems."

The plan to seize voting tabulators tracks back to unfounded allegations of the 2020 election being stolen. DePerno, a top ally of former President Donald Trump has endorsed the false narrative, rose to prominence following his involvement in a case involving votes in Antrim County.

The investigation was first reported by The Detroit News.

READ NEXT: Whitmer vs. Dixon: What to expect in the Michigan Governor's race

In a statement posted to Twitter, DePerno denied the allegations, calling it the "incoherent liberal fever dream of lies."

"As the polls continue to rise in favor of DePerno, the Attorney General used the tax dollars of Michigan residents to go after her opponent. It is clear that Dana Nessel is attacking our democracy and demonstrates she wants to turn our great country into a banana republic."

In Nessel's request for a special prosecutor, it states when the investigation began, "there was not a conflict of interest. However, during the course of the investigation, facts were developed that DePerno was one of the prime instigators of the conspiracy." 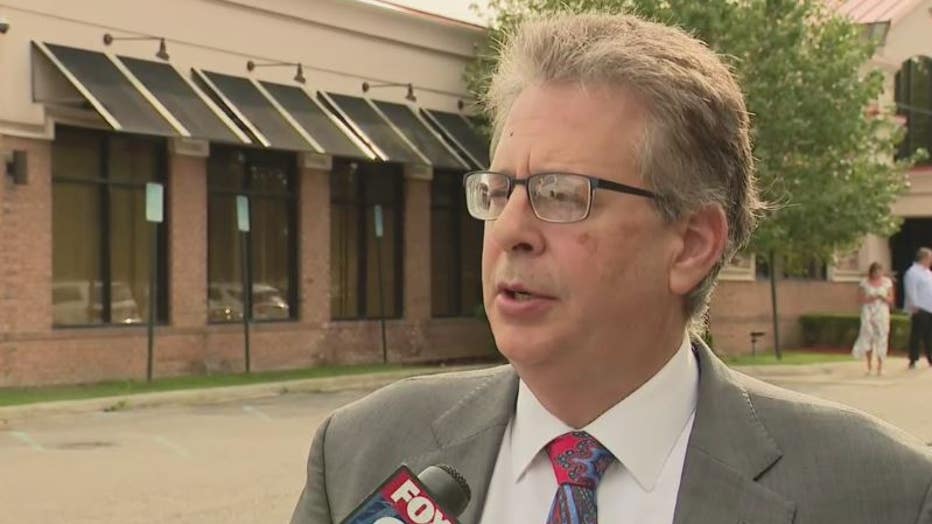