DETROIT (FOX 2) - A $300 million U-M research and education center was announced Wednesday to take over the much-coveted spot of the abandoned jail project at Gratiot Avenue and St. Antoine Street.

The Detroit Center for Innovation will be a home for students in high-tech fields such as automotive mobility, artificial intelligence and cybersecurity.

Hilary Golston reports on the details of the new University of Michigan research and education center at the site of the abandoned jail in Detroit.

Developers Stephen Ross and Dan Gilbert are behind the project, the latter of which was noticeably absent from Mayor Duggan and Gov. Whitmer's press conference announcing the project.

The multi-building center will include a 190,000 square-foot academic building operated by University of Michigan. The U-M academic building will serve 1,000 graduate and senior-level undergraduate students pursuing advanced degrees in high-tech innovation industries.

"Instead of a thousand prisoners on this site we're going to have a thousand graduates," Duggan said.

The Detroit Center for Innovation will be a home for students in high-tech fields such as automotive mobility, artificial intelligence and cybersecurity.

The hope for the Detroit Center for Innovation is that it will provide a new talent pipeline to current companies and attract new businesses to the area-signaling next frontier of Detroit's leadership in tech and innovation nationwide.

Construction for the Detroit Center for Innovation is slated to begin in 2021.

In 2018, Gilbert's Bedrock announced that it acquired the site from Wayne County after agreeing to build a new $533 million criminal justice center near Detroit's Midtown neighborhood. Since acquiring the site, Bedrock demolished the half-built jail structure and is currently using the site to support construction related to other in-progress developments in downtown Detroit. 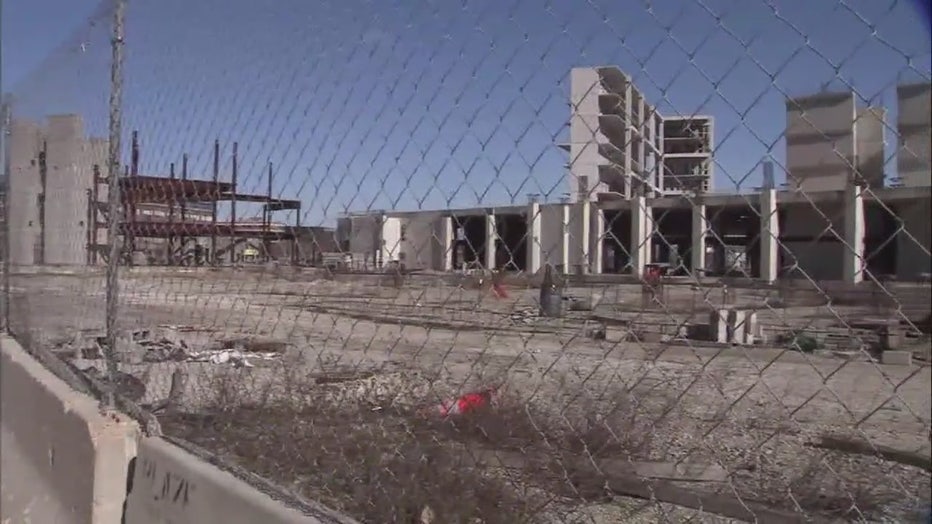 The development of the Detroit Center for Innovation will be publicly reviewed by the Wayne County Commission, which will play a vital role in transferring the land for the project from Bedrock to U-M.