DETROIT - It's a quote that anyone could utter: "It's about time somebody around here does something."

But spoken from a disabled veteran proud to call Detroit his home but barely able to afford, it seems to carry more authority.

"My grandma left me a house with a lot of debt that I didn't know. So in the process of catching up with her debt, I got into debt, got sick, got depressed," said Warren Hago III.

Hago III is among the tens of thousands of Detroit homeowners staring down the threat of foreclosure. However, relief may be on the way for residents like Hago III. He could qualify for Detroit's newest plan to combat blight.

"I am obsessed with the goal to eliminate blight from the city of Detroit entirely by 2025," Duggan said. "And we think we have the plan to do it. Of course, you'll never eliminate the blight if people are moving out of their houses."

The "Pay as you stay" plan is meant for roughly 31,000 residents by helping them avoid foreclosure. It accomplishes this by slashing the amount of money those residents owe and would lower monthly payments.

"And we'll have substantive results as a step to lift people out of poverty and that's critical," said Wayne County Executive Warren Evans. "A family of four would qualify if you make less than $28,671 a year. Let's think about that for a minute."

How the plan works is for any who qualify and have enrolled, all of their interest, penalties, and fees would be wiped. The only balance those residents would owe be limited to back taxes only or 10 percent of the home's taxable value - whichever is less.

That remaining balance would be paid back over three years with 0 percent interest.

When the cost of housing is too much, it can take over a person's life - forcing them to make sacrifices elsewhere. That means less money for food, child care, education, and transportation. 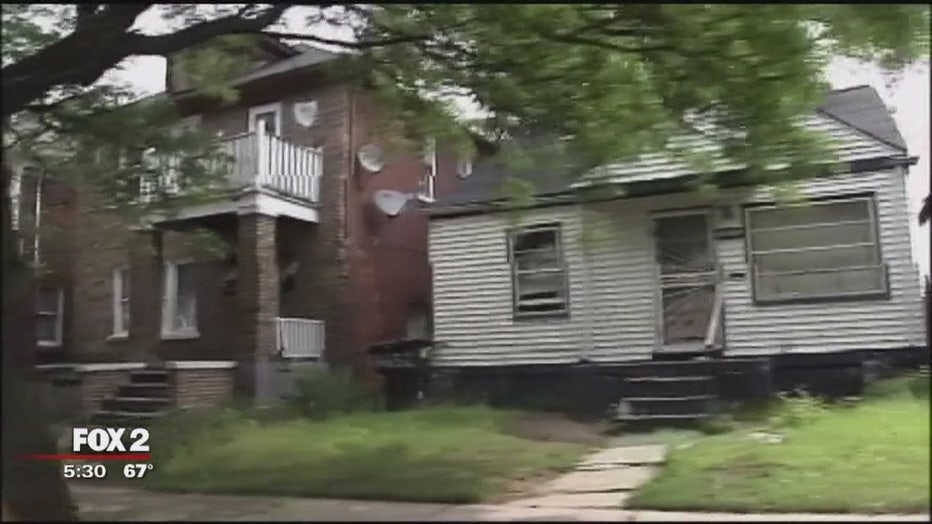 Since 2015, the city has been able to reduce the number of occupied foreclosures by 94 percent. However, for Duggan that's not good enough.

"People below the poverty level have a right to be treated differently than the others," said Duggan.

With all big policy proposals, there's one big Lansing-sized hurdle. The Pay as you stay plan needs to be approved by the legislature. Rep. Wendell Byrd, a Detroit lawmaker has introduced the bill into the House. And he's confident the bill will pass.

"I will work 24 hours a day to get this legislation passed," said Byrd. "We're gonna work to get this done."